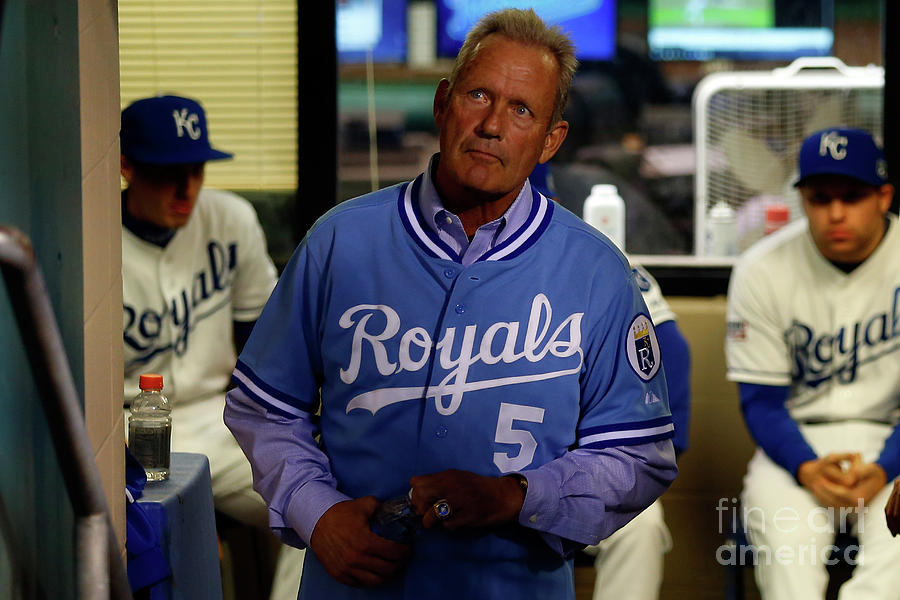 KANSAS CITY, MO - OCTOBER 14: Former Kansas City Royals George Brett looks on from the dugout prior to throwing out the first pitch prior to Game Three of the American League Championship Series against the Baltimore Orioles at Kauffman Stadium on October 14, 2014 in Kansas City, Missouri. (Photo by Ed Zurga/Getty Images)