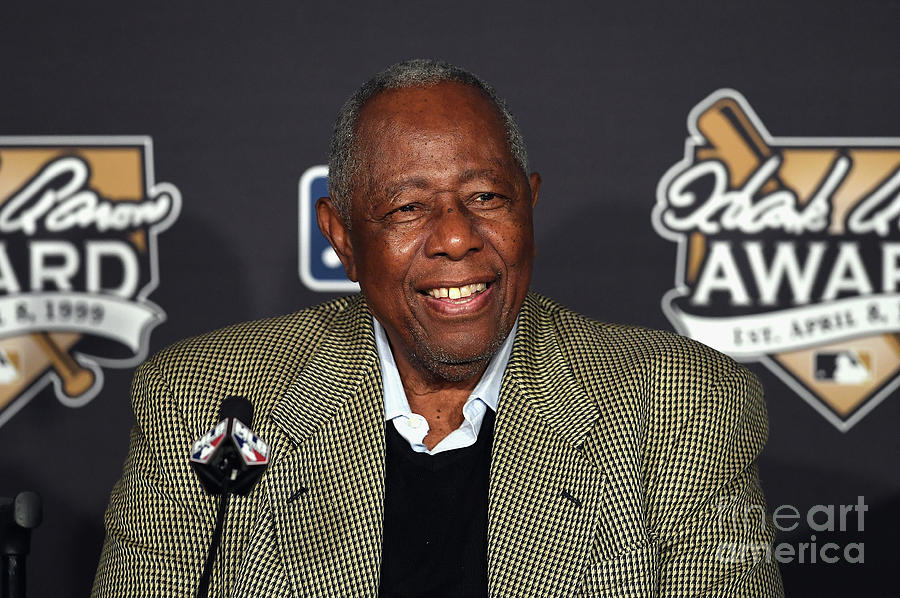 CLEVELAND, OH - OCTOBER 26: Major League Baseball Hall of Famer Hank Aaron looks on during the 2016 Hank Aaron Award ceremony prior to Game Two of the 2016 World Series between the Chicago Cubs and the Cleveland Indians at Progressive Field on October 26, 2016 in Cleveland, Ohio. (Photo by Jason Miller/Getty Images)