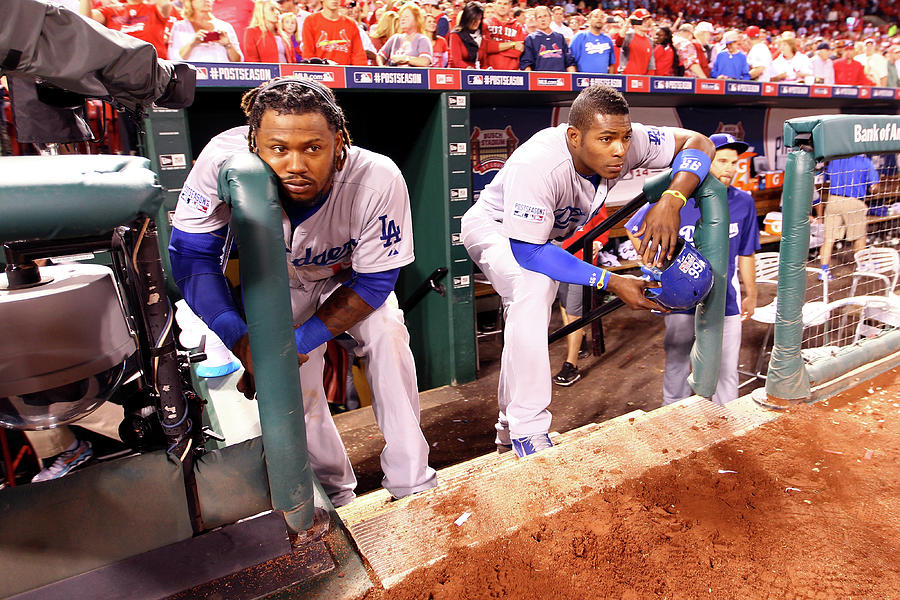 ST LOUIS, MO - OCTOBER 07: Hanley Ramirez #13 and Yasiel Puig #66 of the Los Angeles Dodgers look on from the dugout steps after being defeated by the St. Louis Cardinals in Game Four of the National League Divison Series at Busch Stadium on October 7, 2014 in St Louis, Missouri. (Photo by Jamie Squire/Getty Images)