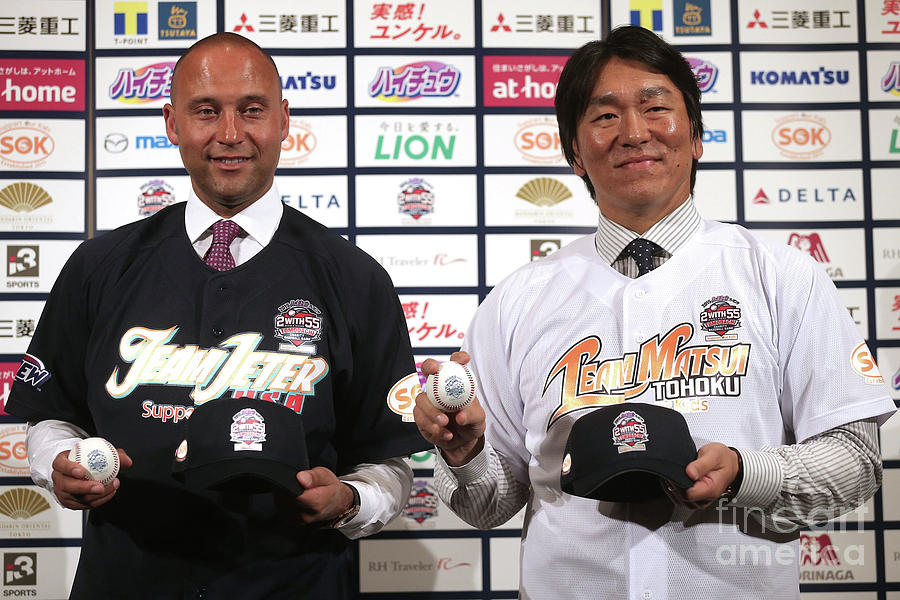 TOKYO, JAPAN - MARCH 18: Former New York Yankee players Derek Jeter (L) and Hideki Matsui pose for photographers during a press conference about the "Tomodachi Charity Baseball Game" on March 18, 2015 in Tokyo, Japan. At the charity event on March 21, 2015, an auction party will be held to raise funds for the Tsunami and Earthquake hit Tohoku area, Japanese professional players will teach children from the Tohoku area, and Matsui and Jeter will battle in the home-run derby. (Photo by Chris McGrath/Getty Images)