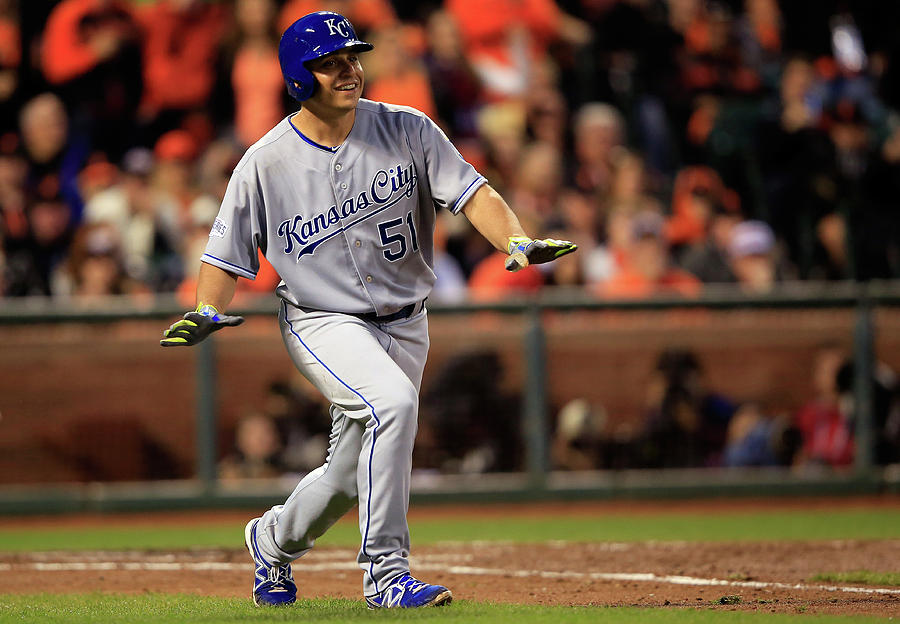 SAN FRANCISCO, CA - OCTOBER 25: Jason Vargas #51 of the Kansas City Royals reacts after he thought it was the fourth ball in the third inning against the San Francisco Giants during Game Four of the 2014 World Series at AT&T Park on October 25, 2014 in San Francisco, California. (Photo by Jamie Squire/Getty Images)