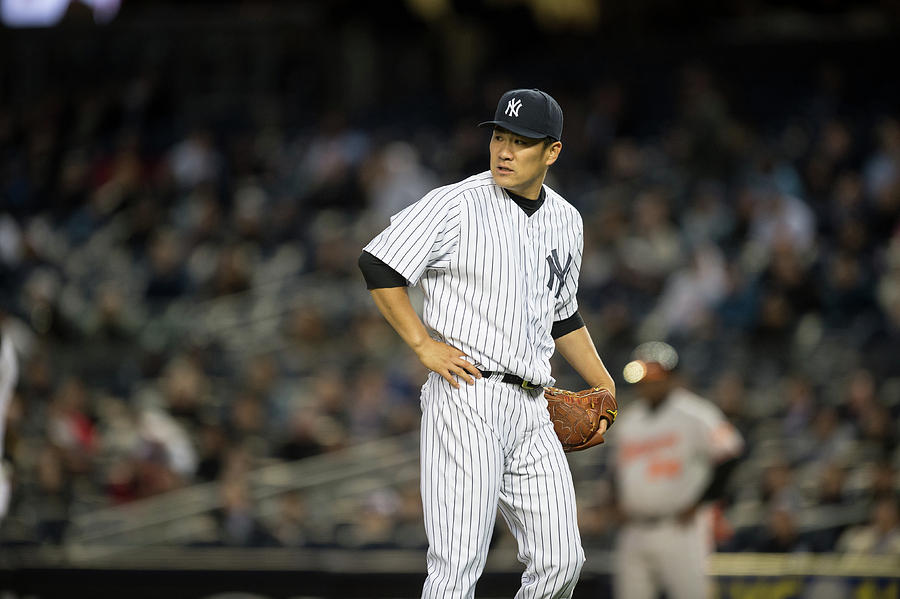 NEW YORK, NY - APRIL 09: Masahiro Tanaka #19 of the New York Yankees looks on after giving up a three run home run to Jonathan Schoop (Not Pictured) of the Baltimore Orioles during the game on April 9, 2014 at Yankee Stadium in the Bronx borough of New York City. (Photo by Rob Tringali/MLB Photos via Getty Images)