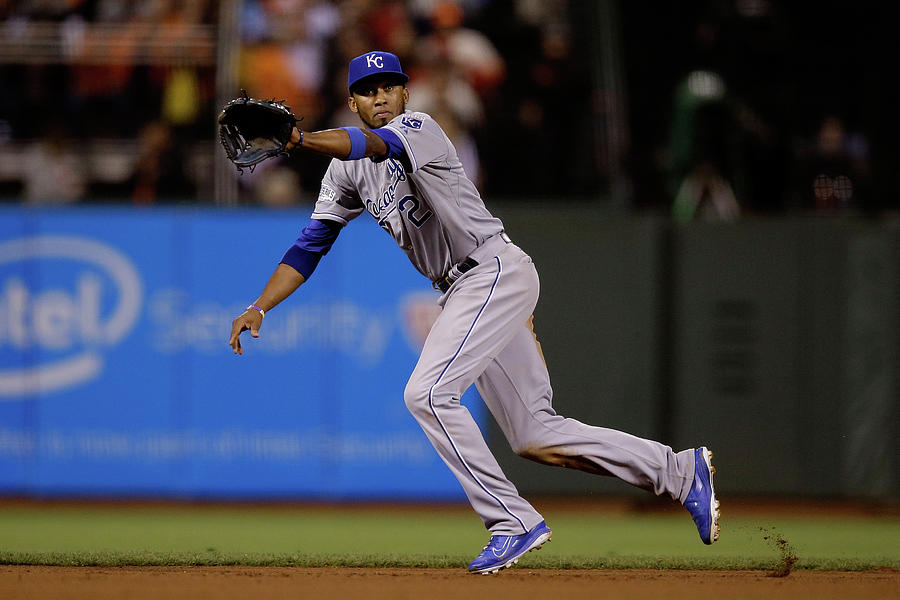 SAN FRANCISCO, CA - OCTOBER 25: Alcides Escobar #2 of the Kansas City Royals is unable to get to a ball hit by Juan Perez #2 of the San Francisco Giants in the fourth inning during Game Four of the 2014 World Series at AT&T Park on October 25, 2014 in San Francisco, California. (Photo by Ezra Shaw/Getty Images)