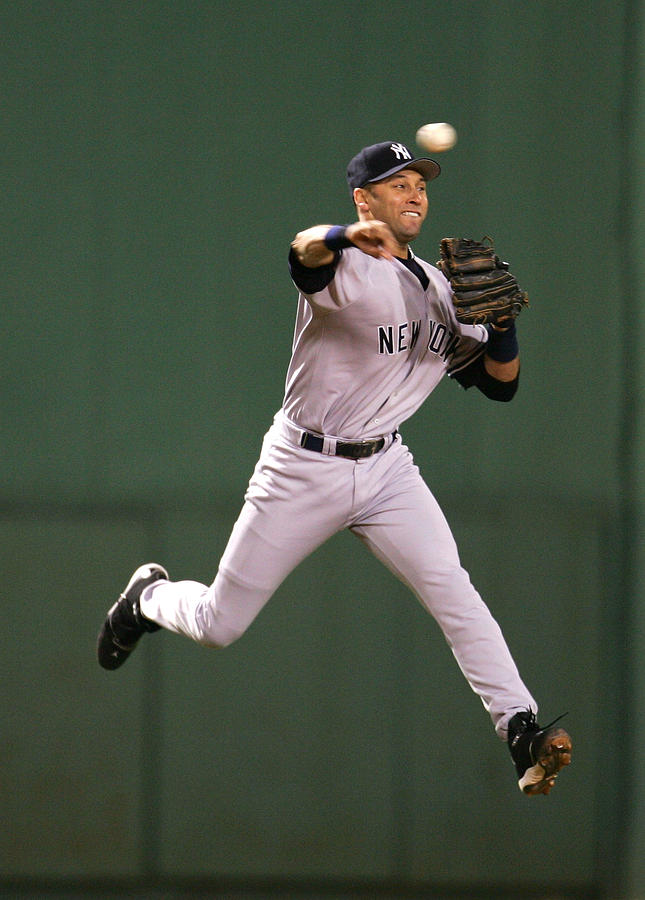 BOSTON - OCTOBER 18: Shortstop Derek Jeter #2 of the New York Yankees throws the ball to second base to get the force out on a fielder's choice ball hit by Kevin Millar #15 of the Boston Red Sox in the sixth inning during game five of the American League Championship Series on October 18, 2004 at Fenway Park in Boston, Massachusetts. (Photo by Al Bello/Getty Images)