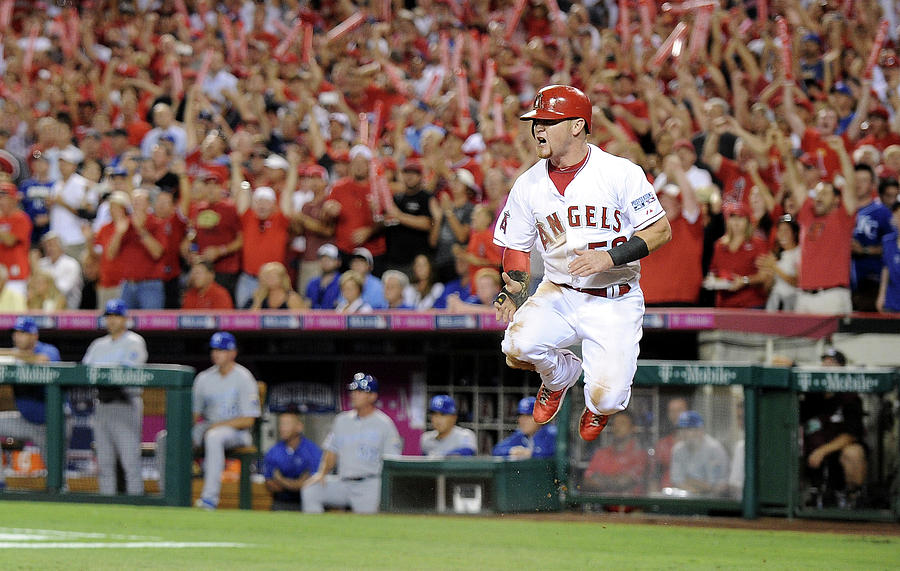 ANAHEIM, CA - OCTOBER 03: Kole Calhoun #56 of the Los Angeles Angels celebrates after scoring in the sixth inning against the Kansas City Royals during Game Two of the American League Division Series at Angel Stadium of Anaheim on October 3, 2014 in Anaheim, California. (Photo by Harry How/Getty Images)