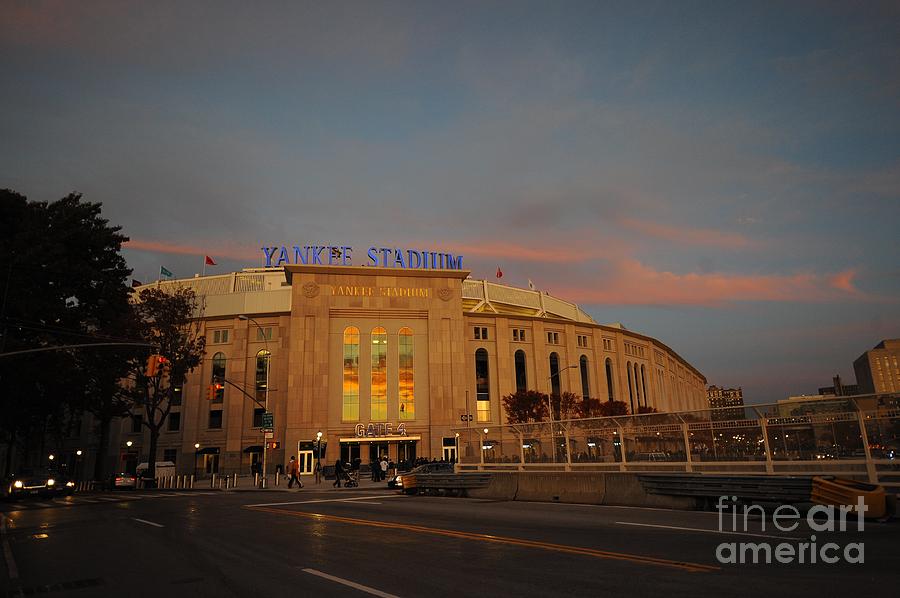 BRONX, NY - OCTOBER 25: A general view of the exterior Yankee Stadium prior to game six of the American League Championship Series (ALCS) against the Los Angeles Angels of Anaheim at Yankee Stadium in the Bronx, New York on October 25, 2009. The Yankees defeated the Angels 5-2 to win the pennant. (Photo by Rich Pilling/MLB via Getty Images)