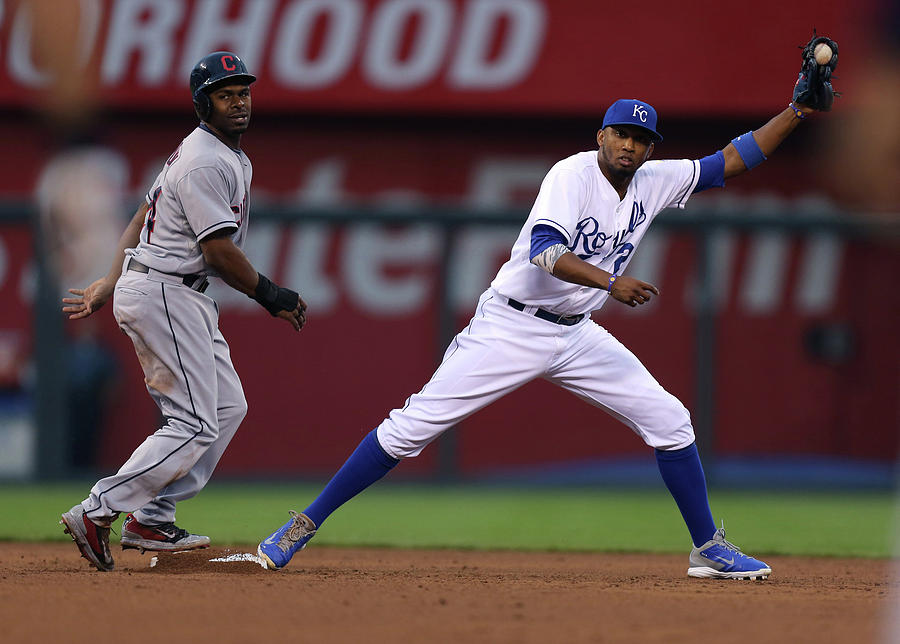 KANSAS CITY, MO - JUNE 10: Alcides Escobar #2 of the Kansas City Royals steps on second as he gets the force out on Michael Bourn #24 of the Cleveland Indians in the third inning at Kauffman Stadium on June 10, 2014 in Kansas City, Missouri. (Photo by Ed Zurga/Getty Images)