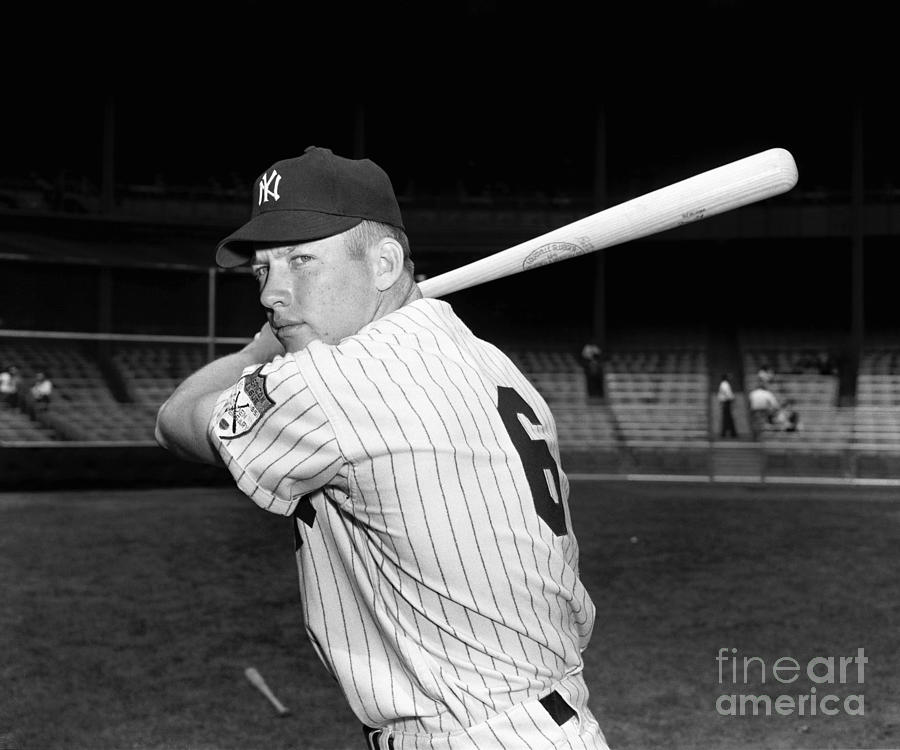 NEW YORK - 1951: Outfielder Mickey Mantle #6, of the New York Yankees, poses for a portrait prior to a game in 1951 at Yankee Stadium. Mantle wore number 6 when the 1951 season opened, but was issued number 7 when he returned later in the season from an assignment to the AAA club in Kansas City. (Photo by: Kidwiler Collection/Diamond Images/Getty Images)