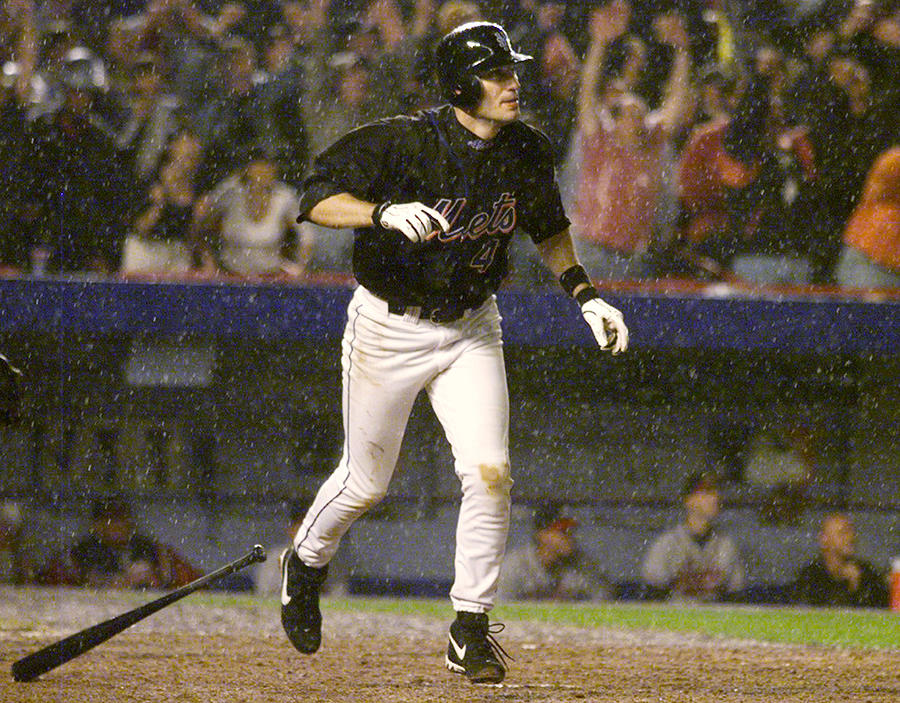 UNITED STATES - OCTOBER 17: New York Mets' Robin Ventura connects with a hit to bring in the winning run in the 15th inning against the Atlanta Braves in Game 5 of the National League Championship Series at Shea Stadium. Ball went over the fence, but Ventura was credited with a single because the Mets mobbed him before he could reach second base. Mets won, 4-3. (Photo by Keith Torrie/NY Daily News Archive via Getty Images)