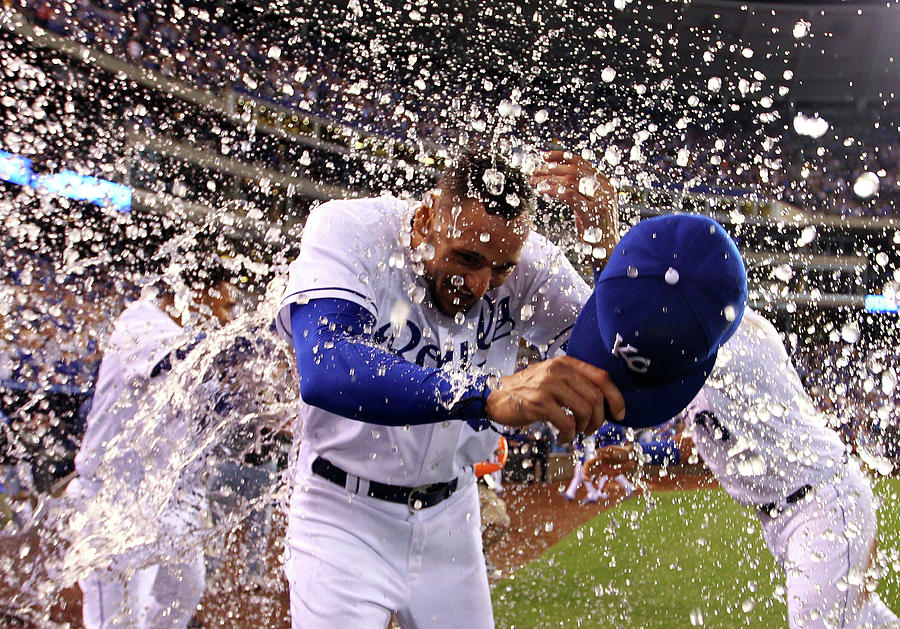 KANSAS CITY, MO - APRIL 17: Paulo Orlando #16 of the Kansas City Royals is doused with water by teammates after the Royals defeated the Oakland Athletics 6-4 to win the game at Kauffman Stadium on April 17, 2015 in Kansas City, Missouri. Orlando drove in the winning run with a triple, his fourth triple of the year out of five hits, and scored an insurance run in the 8th inning. (Photo by Jamie Squire/Getty Images)