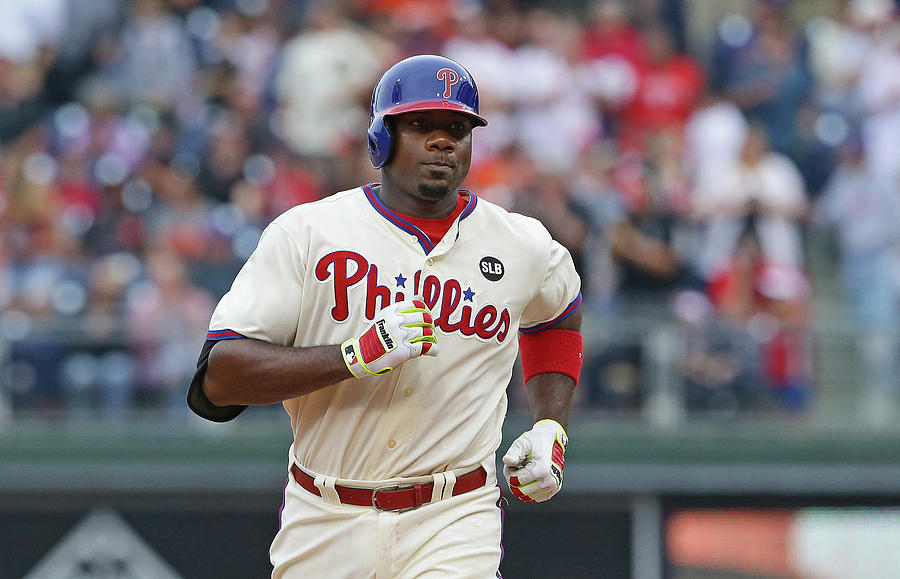 PHILADELPHIA - JUNE 18: Ryan Howard #6 of the Philadelphia Phillies rounds the bases after hitting a two-run home run in the sixth inning during a game against the Baltimore Orioles at Citizens Bank Park on June 18, 2015 in Philadelphia, Pennsylvania. The Phillies won 2-1. (Photo by Hunter Martin/Getty Images)