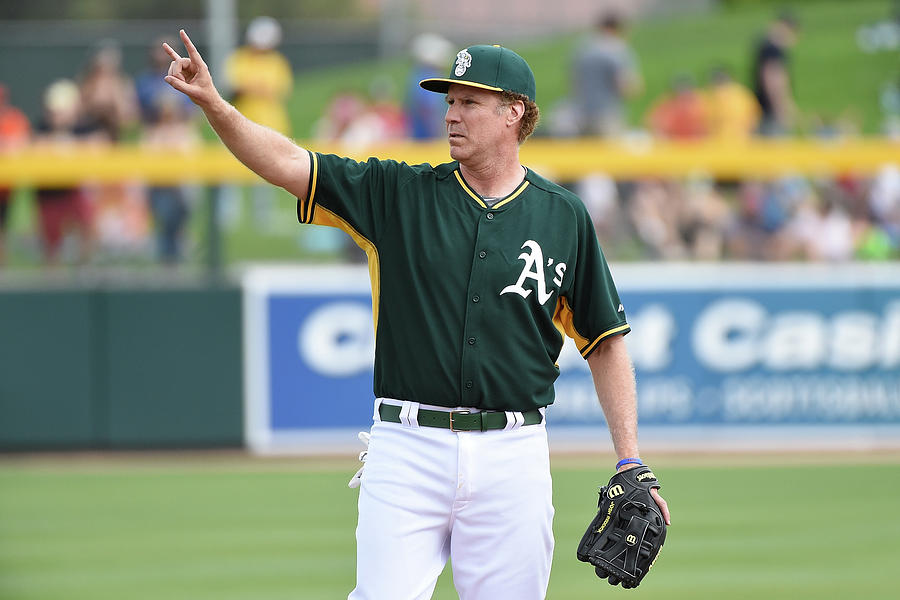 MESA, AZ - MARCH 12: Actor Will Ferrell plays with the Oakland Athletics as they take on the Seattle Mariners as part of a new HBO special from Funny Or Die in partnership with Major League Baseball to support the fight against cancer at HoHoKam Stadium on March 12, 2015 in Mesa, Arizona. (Photo by Lisa Blumenfeld/Getty Images)