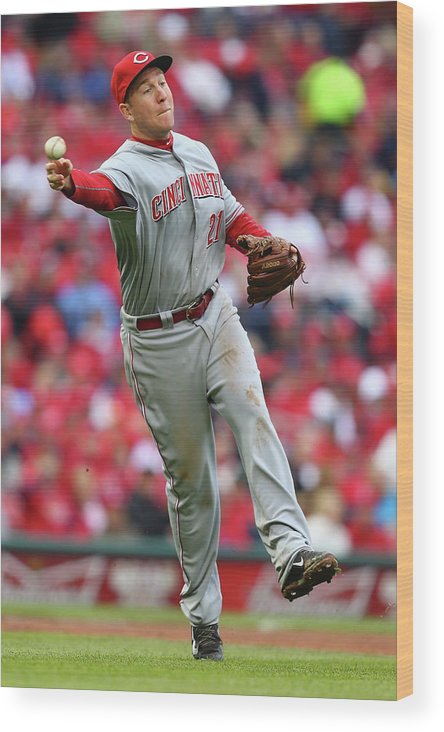 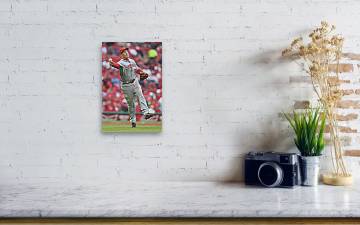 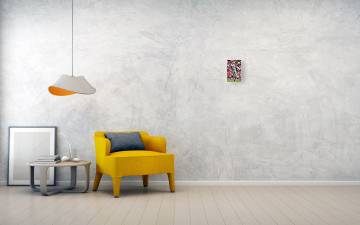 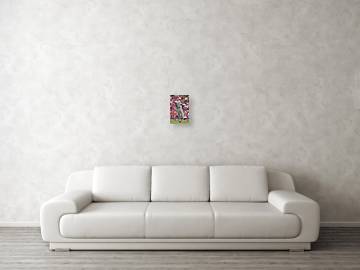 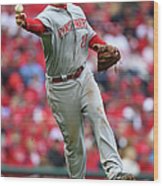 Todd Frazier wood print by Dilip Vishwanat.   Bring your artwork to life with the texture and added depth of a wood print. Your image gets printed directly onto a sheet of 3/4" thick maple wood. There are D-clips on the back of the print for mounting it to your wall using mounting hooks and nails (included).

ST. LOUIS, MO - APRIL 7: Todd Frazier #21 of the Cincinnati Reds throws out a runner at first base against the St. Louis Cardinals in the sixth inning during the home opener at Busch Stadium on April 7, 2014 in St. Louis, Missouri. The Cardinals beat the Reds 5-3. (Photo by Dilip Vishwanat/Getty Images)Image provided by Getty Images.