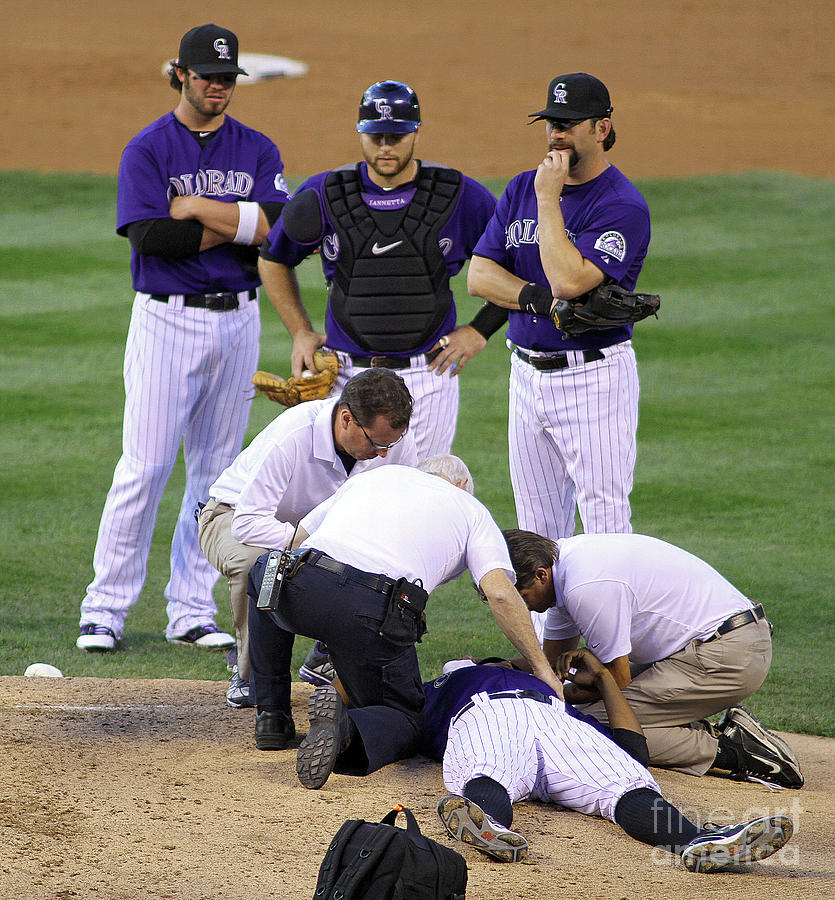 DENVER, CO - AUGUST 5: Pitcher Juan Nicasio #44 of the Colorado Rockies is attended to by medical staff on the mound after being hit in the face by a ball while pitching against the Washington Nationals during their game at Coors Field August 5, 2011 in Denver, Colorado. Nicasio's teammates Ian Stewart #9, Chris Iannetta #20 and Todd Helton #17 watch on in the background. (Photo by Marc Piscotty/Getty Images)