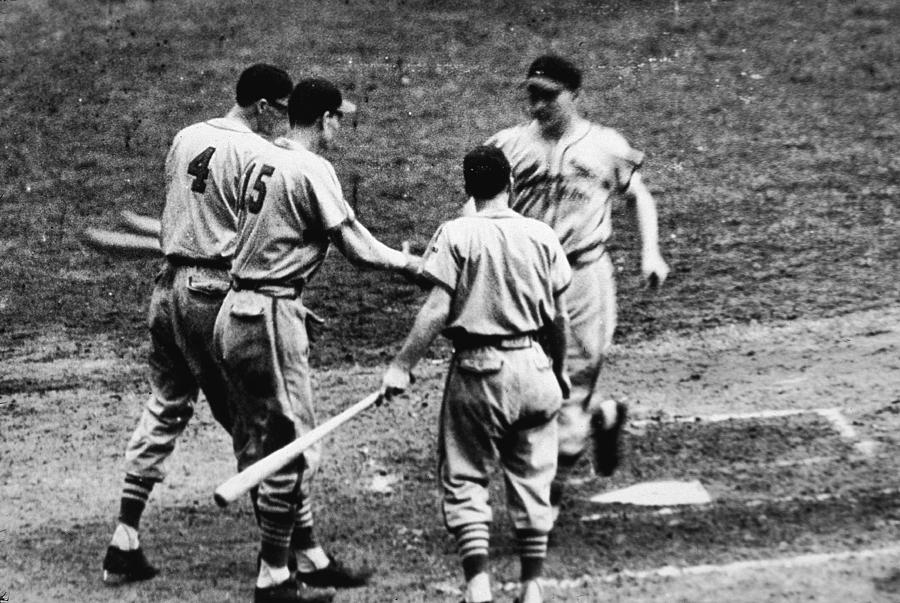 NEW YORK - OCTOBER 5: Whitey Kurowski #1 (1918 - 1999) of the St. Louis Cardinals runs across home plate after hitting a home run as his teammates Marty Marion #4 and Walker Cooper #15 congratulate him during game five of the 1942 World Series against the New York Yankees at Yankee Stadium, in the Bronx, New York on October 5, 1942. The Cardinals won game five 4-2 and wrapped up the series. (Photo by Hulton Archive/Getty Images)