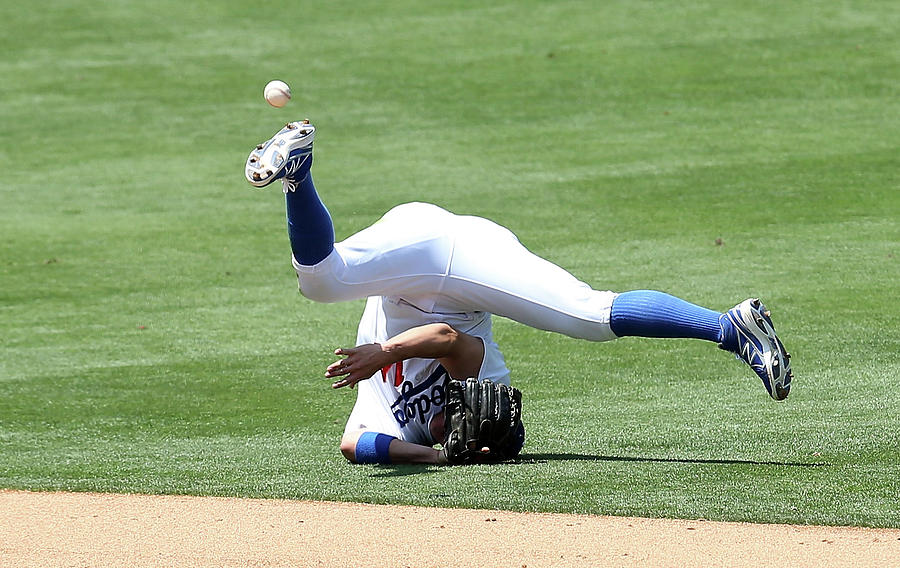 LOS ANGELES, CA - JULY 05: Shortstop Kike Hernadez #14 of the Los Angeles Dodgers flips the ball to second base in an unsuccessfull attempt to get a force out as he rolls after fielding an RBI infield single hit by Wilmer Flores #4 of the New York Mets at Dodger Stadium on July 5, 2015 in Los Angeles, California. (Photo by Stephen Dunn/Getty Images)