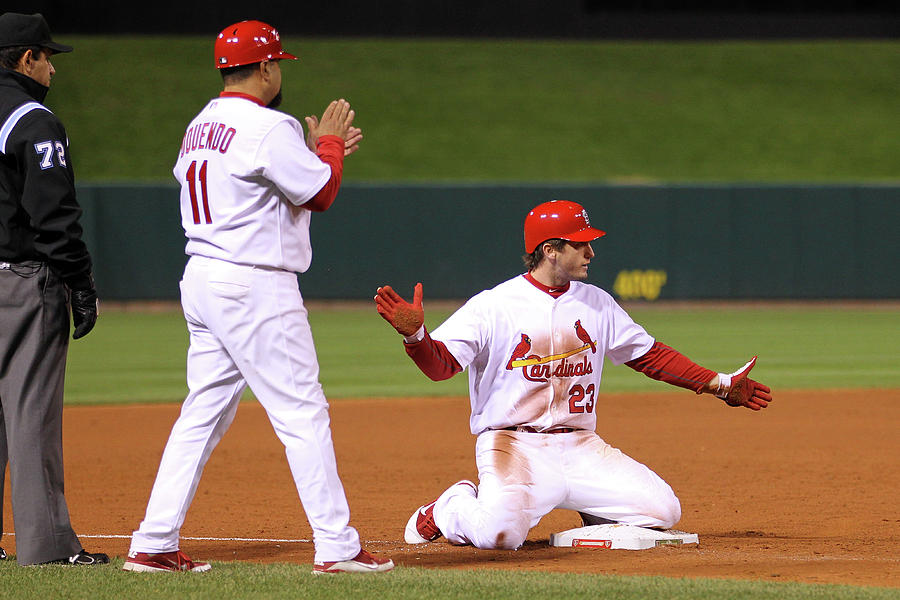 ST LOUIS, MO - OCTOBER 27: David Freese #23 of the St. Louis Cardinals celebrats at third base after hitting a game-tying two-run triple in the bottom of the ninth inning during Game Six of the MLB World Series against the Texas Rangers at Busch Stadium on October 27, 2011 in St Louis, Missouri. The Cardinals won 10-9 in 11 innings. (Photo by Ezra Shaw/Getty Images)