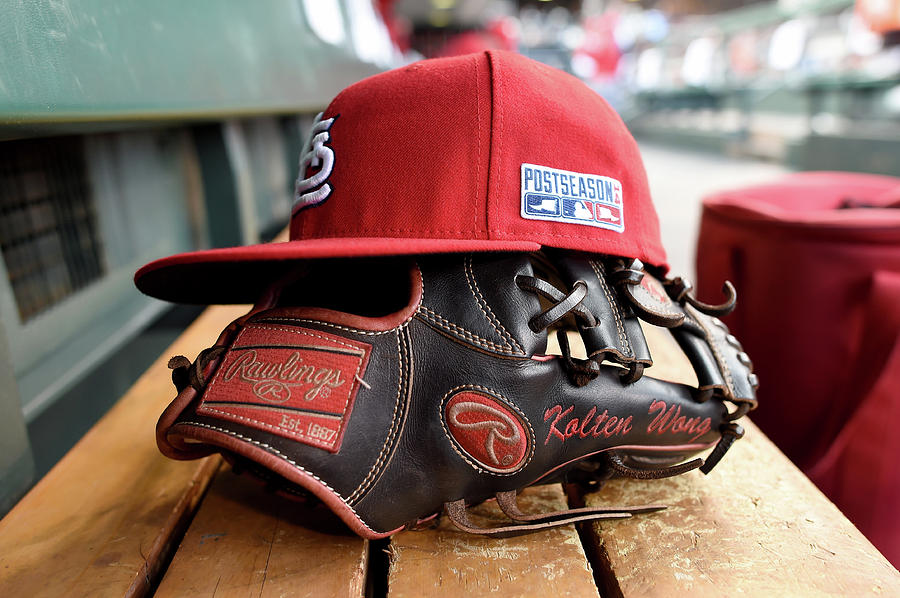 SAN FRANCISCO, CA - OCTOBER 16: The hat and glove of Kolten Wong #16 of the St. Louis Cardinals is seen before the Cardinals take on the San Francisco Giants in Game Five of the National League Championship Series at AT&T Park on October 16, 2014 in San Francisco, California. (Photo by Thearon W. Henderson/Getty Images)