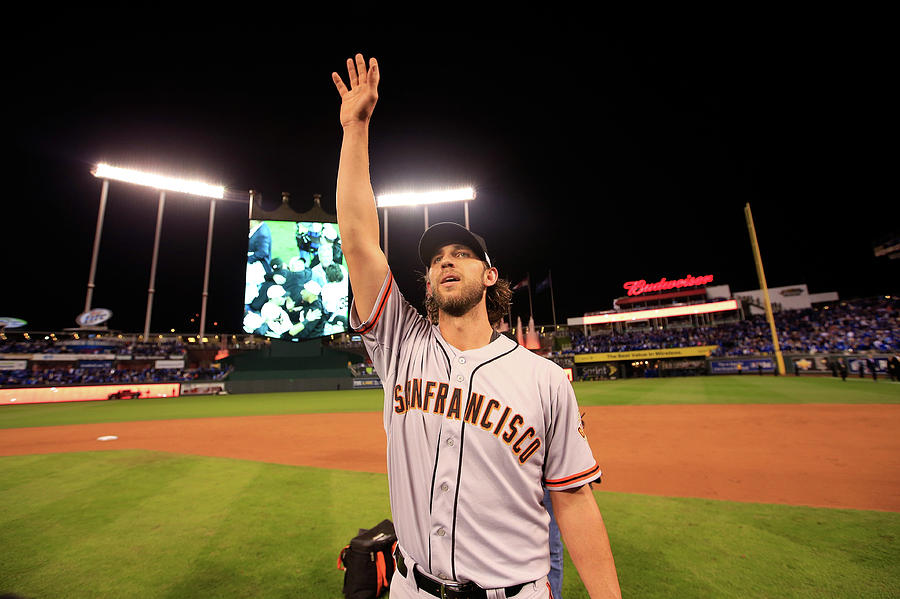 KANSAS CITY, MO - OCTOBER 29: Madison Bumgarner #40 of the San Francisco Giants acknowledges the crowd after defeating the Kansas City Royals to win Game Seven of the 2014 World Series by a score of 3-2 at Kauffman Stadium on October 29, 2014 in Kansas City, Missouri. (Photo by Jamie Squire/Getty Images)