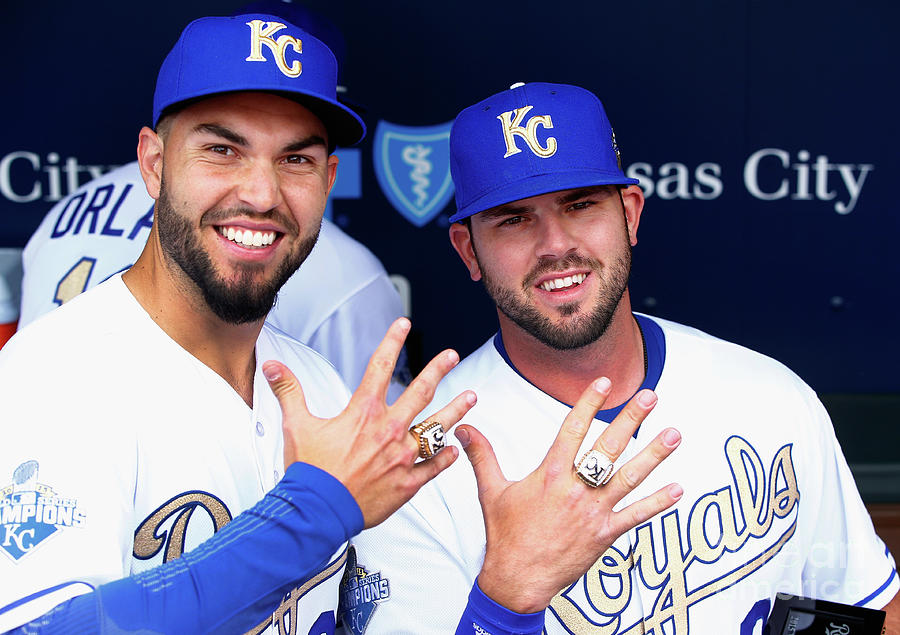 KANSAS CITY, MISSOURI - APRIL 05: Eric Hosmer #35 and Mike Moustakas #8 of the Kansas City Royals pose with their World Series Championship rings after a ring ceremony prior to the game between the Royals and the New York Mets at Kauffman Stadium on April 5, 2016 in Kansas City, Missouri. (Photo by Jamie Squire/Getty Images)