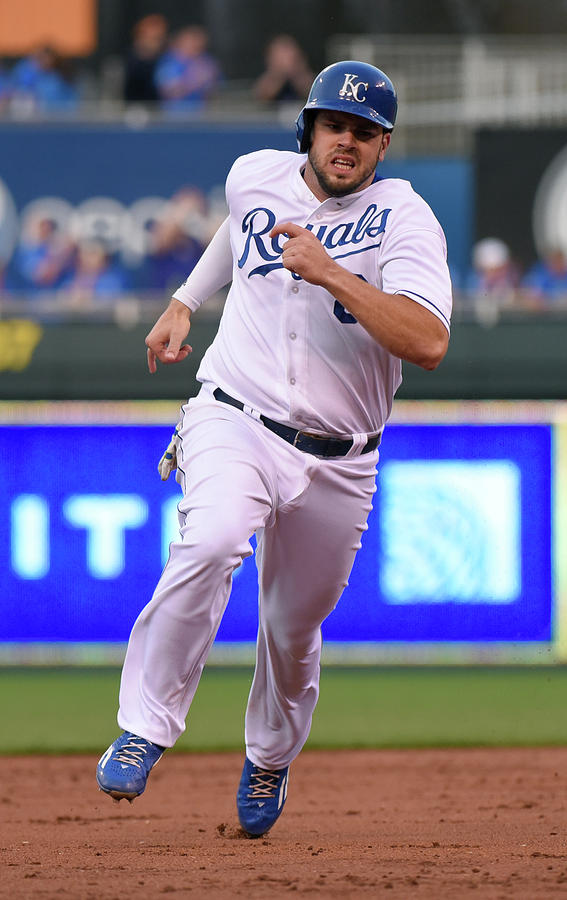 KANSAS CITY, MO - JUNE 3: Mike Moustakas #8 of the Kansas City Royals runs to third as he heads home in an attempt to score on a Lorenzo Cain double in the third inning against the Cleveland Indians at Kauffman Stadium on June 3, 2015 in Kansas City, Missouri. Moustakas was tagged out at home. (Photo by Ed Zurga/Getty Images)