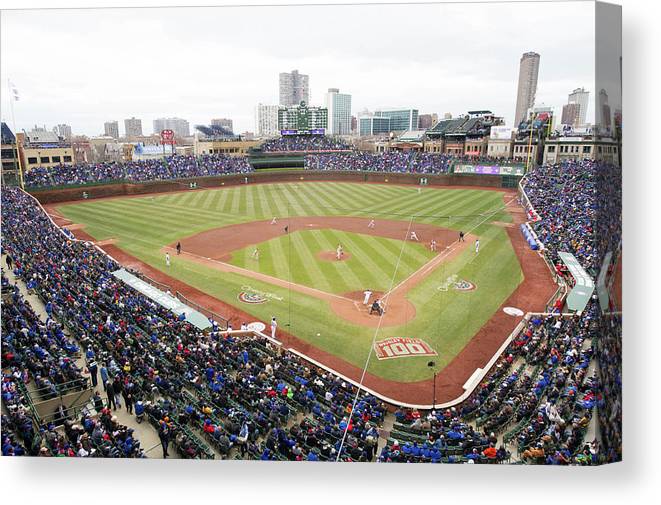 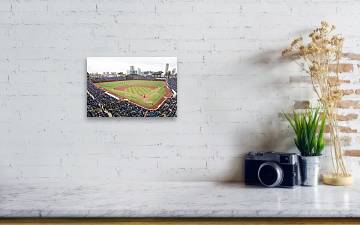 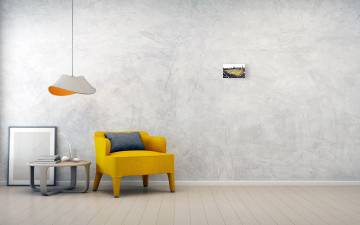 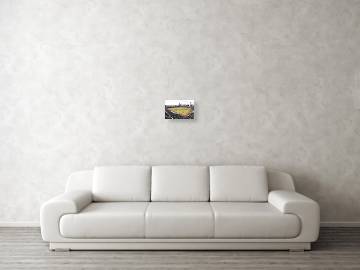 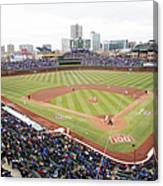 Philadelphia Phillies V Chicago Cubs canvas print by Ron Vesely.   Bring your artwork to life with the texture and depth of a stretched canvas print. Your image gets printed onto one of our premium canvases and then stretched on a wooden frame of 1.5" x 1.5" stretcher bars (gallery wrap) or 5/8" x 5/8" stretcher bars (museum wrap). Your canvas print will be delivered to you "ready to hang" with pre-attached hanging wire, mounting hooks, and nails.

CHICAGO, IL - APRIL 04: A general view Wrigley Field during the Opening Day game between the Chicago Cubs and Philadelphia Phillies at Wrigley Field on Friday, April 4, 2014 in Chicago, Illinois. The Phillies defeated the Cubs 7-3. (Photo by Ron Vesely/MLB Photos via Getty Images)Image provided by Getty Images.