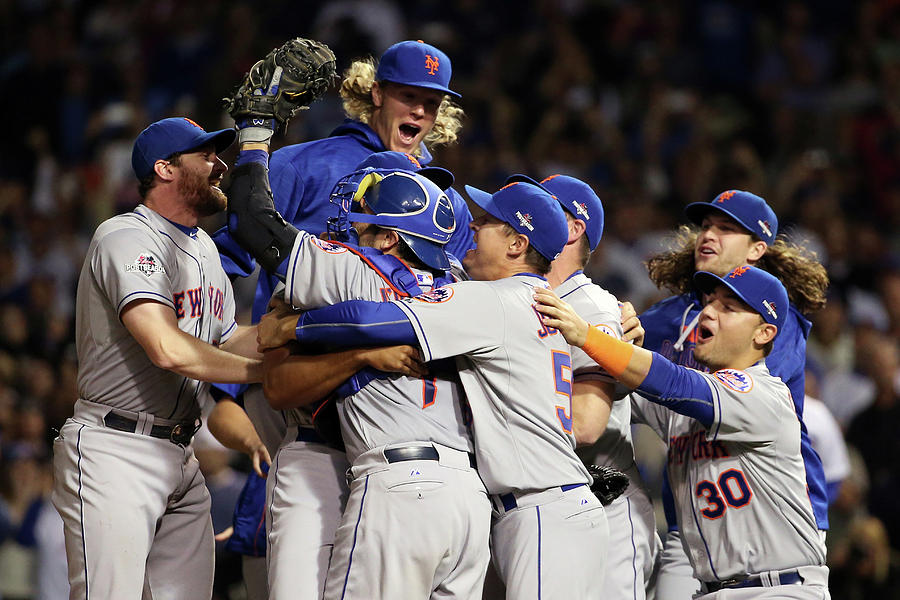 CHICAGO, IL - OCTOBER 21: Daniel Murphy #28 and Noah Syndergaard #34 of the New York Mets celebrates with his teammates after defeating the Chicago Cubs in game four of the 2015 MLB National League Championship Series at Wrigley Field on October 21, 2015 in Chicago, Illinois. The Mets defeated the Cubs with a score of 8 to 3 to sweep the Championship Series. (Photo by Jonathan Daniel/Getty Images)