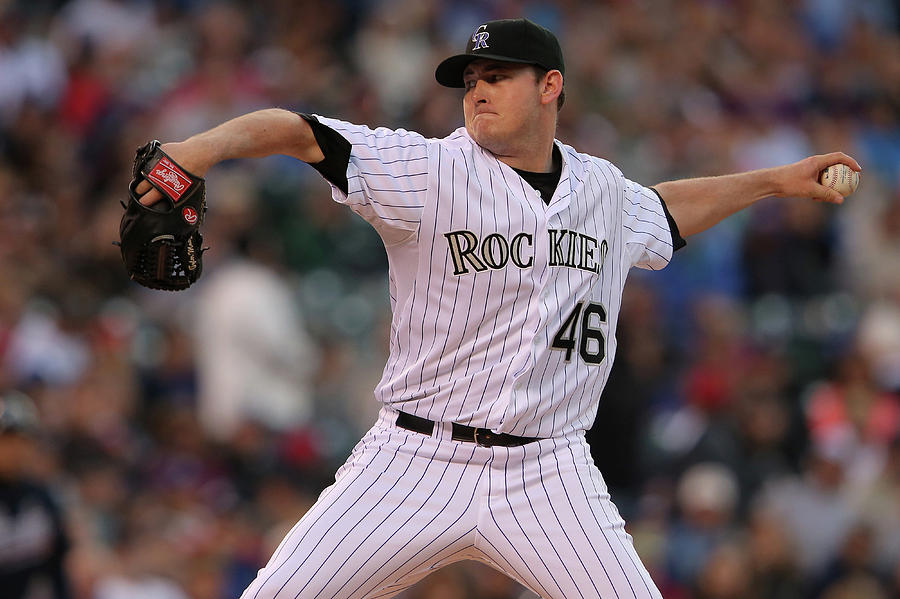 DENVER, CO - JUNE 11: Starting pitcher Tyler Matzek #46 of the Colorado Rockies works against the Atlanta Braves as he makes his Major League debut at Coors Field on June 11, 2014 in Denver, Colorado. Matzek gave up two runs on five hits, singled and scored a run as he earned the win in his Major League debut as the Rockies defeated the Braves 8-2. (Photo by Doug Pensinger/Getty Images)