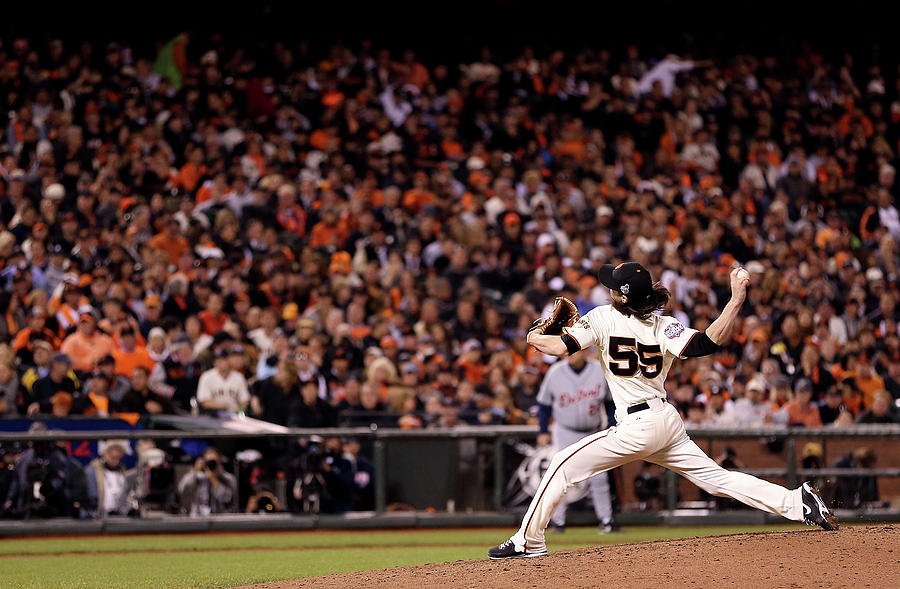 SAN FRANCISCO, CA - OCTOBER 24: Tim Lincecum #55 of the San Francisco Giants throws a pitch against the Detroit Tigers in the sixth inning during Game One of the Major League Baseball World Series at AT&T Park on October 24, 2012 in San Francisco, California. (Photo by Christian Petersen/Getty Images)