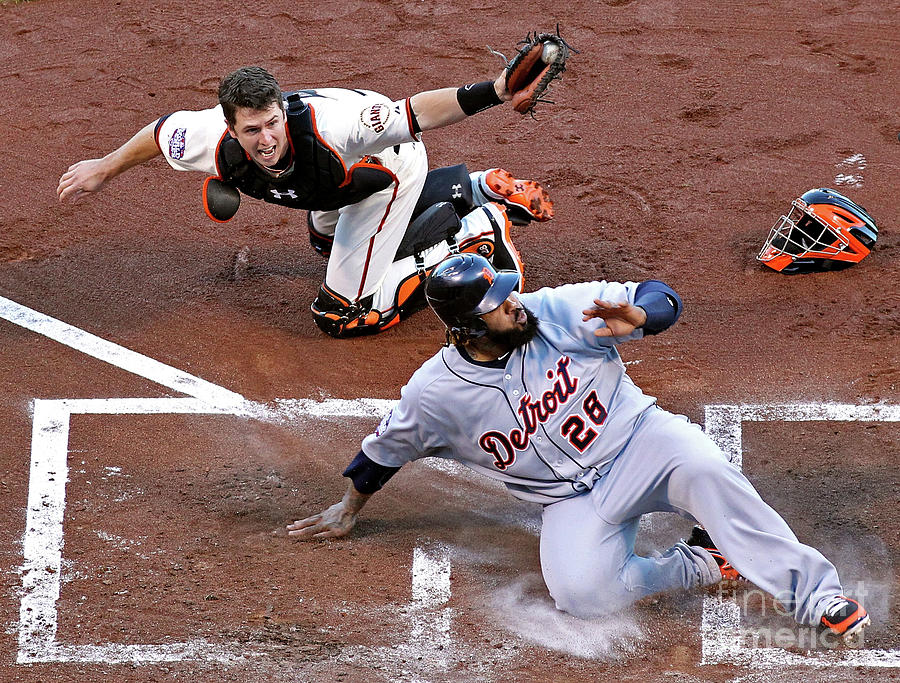 SAN FRANCISCO, CA - OCTOBER 25: Prince Fielder (C) #28 of the Detroit Tigers reacts after he was tagged out at home plate by catcher Buster Posey #28 of the San Francisco Giants during the second inning of Game Two of the Major League Baseball World Series at AT&T Park on October 25, 2012 in San Francisco, California. (Photo by Christian Petersen/Getty Images)