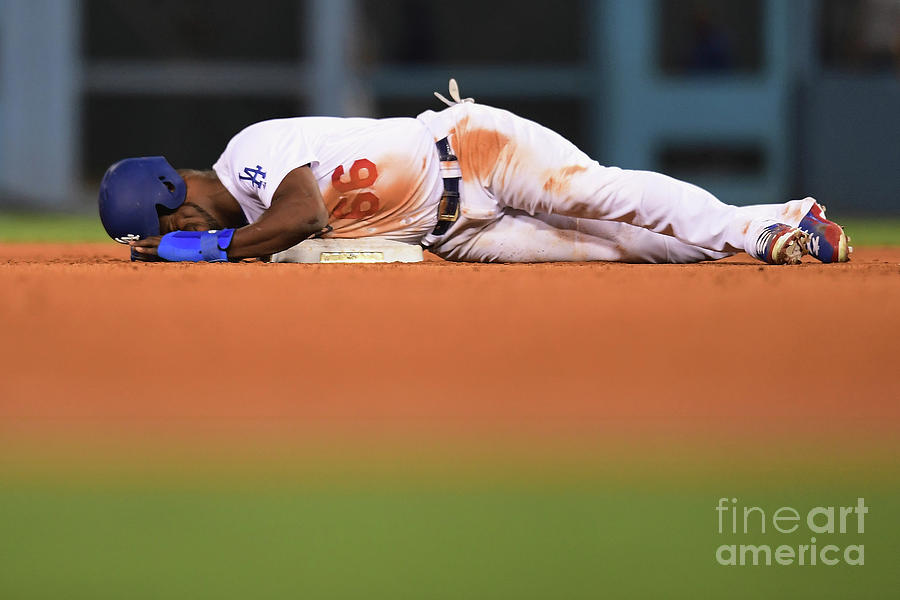 LOS ANGELES, CA - OCTOBER 15: Yasiel Puig #66 of the Los Angeles Dodgers lies on the ground after reaching second base on a sacrifice bunt in the ninth inning against the Chicago Cubs during game two of the National League Championship Series at Dodger Stadium on October 15, 2017 in Los Angeles, California. (Photo by Harry How/Getty Images)