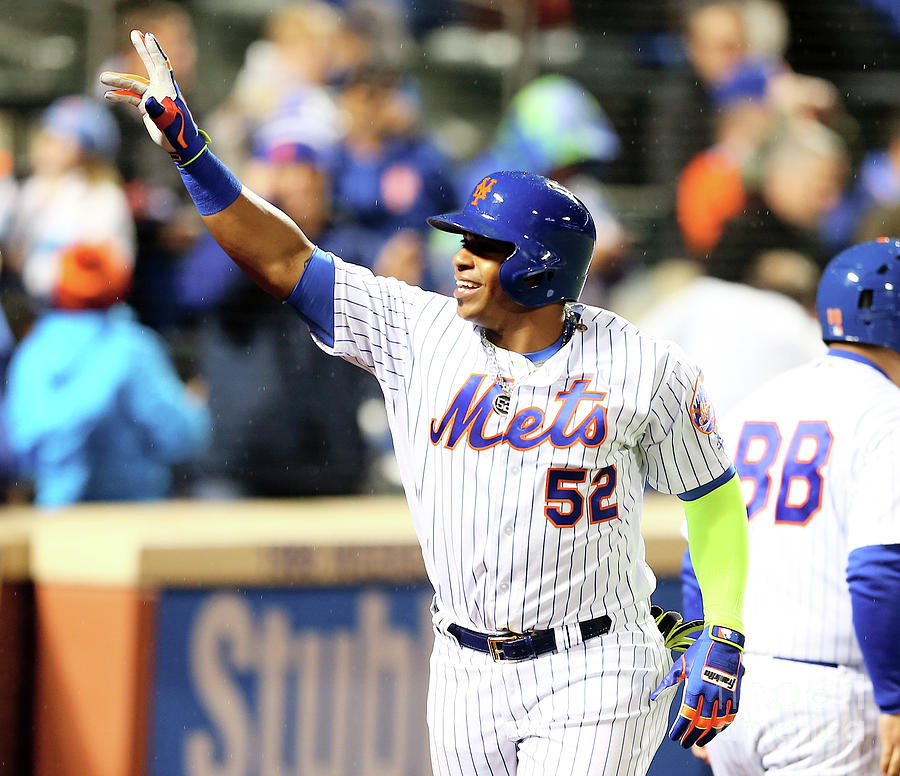 NEW YORK, NY - APRIL 29: Yoenis Cespedes #52 of the New York Mets celebrates as he heads for the dugout after he hit grand slam in the third inning against the San Francisco Giants at Citi Field on April 29, 2016 in the Flushing neighborhood of the Queens borough of New York City. (Photo by Elsa/Getty Images)