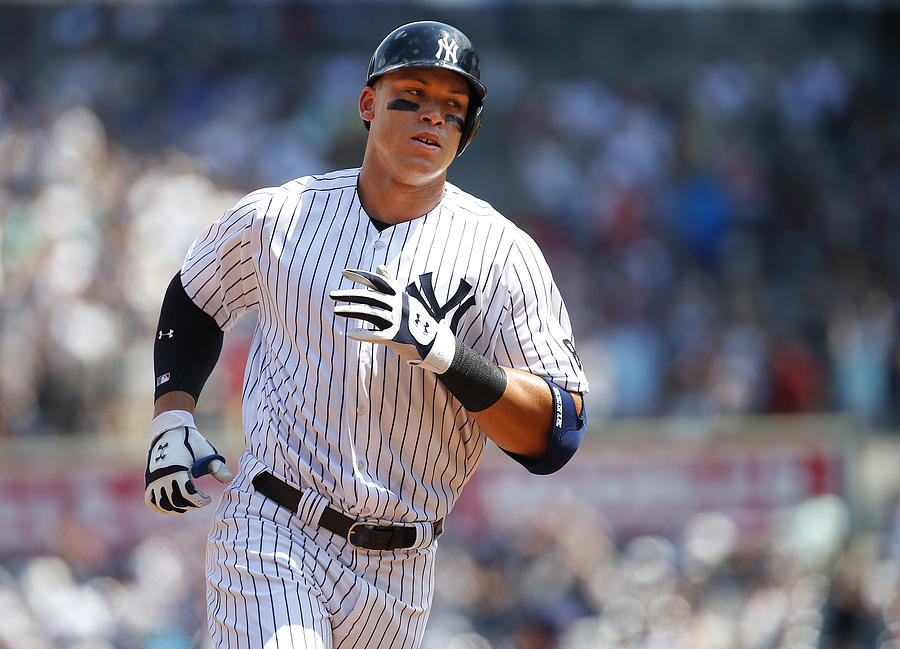 NEW YORK, NY - AUGUST 13: Aaron Judge #99 of the New York Yankees rounds the bases after he hit a home run in his first MLB at bat during the second inning of a game against the Tampa Bay Rays at Yankee Stadium on August 13, 2016 in the Bronx borough of New York City. (Photo by Rich Schultz/Getty Images)