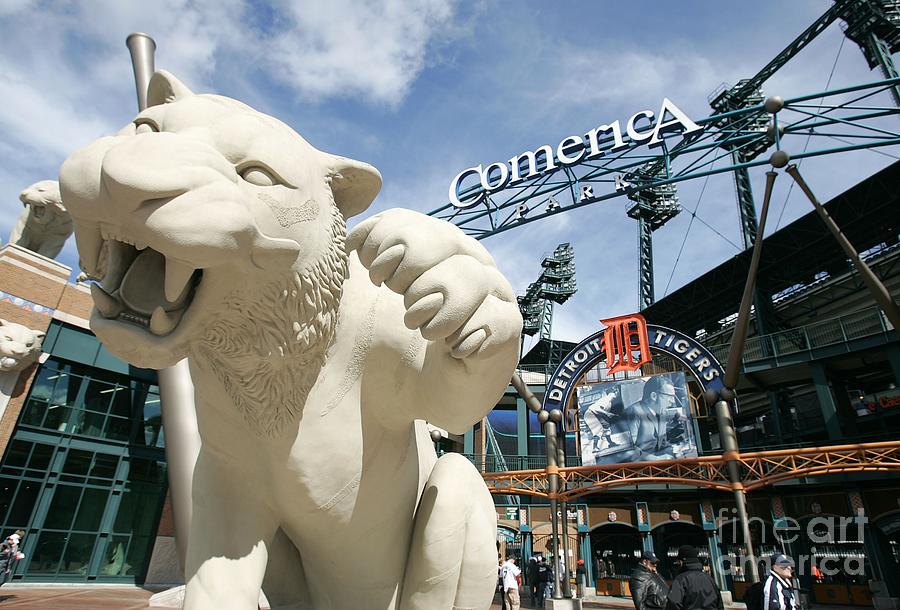 DETROIT - OCTOBER 14: A general of the exterior of Comerica Park is seen prior to the start of Game Four of the American League Championship Series between the Detroit Tigers against the Oakland Athletics October 14, 2006 at Comerica Park in Detroit, Michigan. (Photo by Jonathan Daniel/Getty Images)