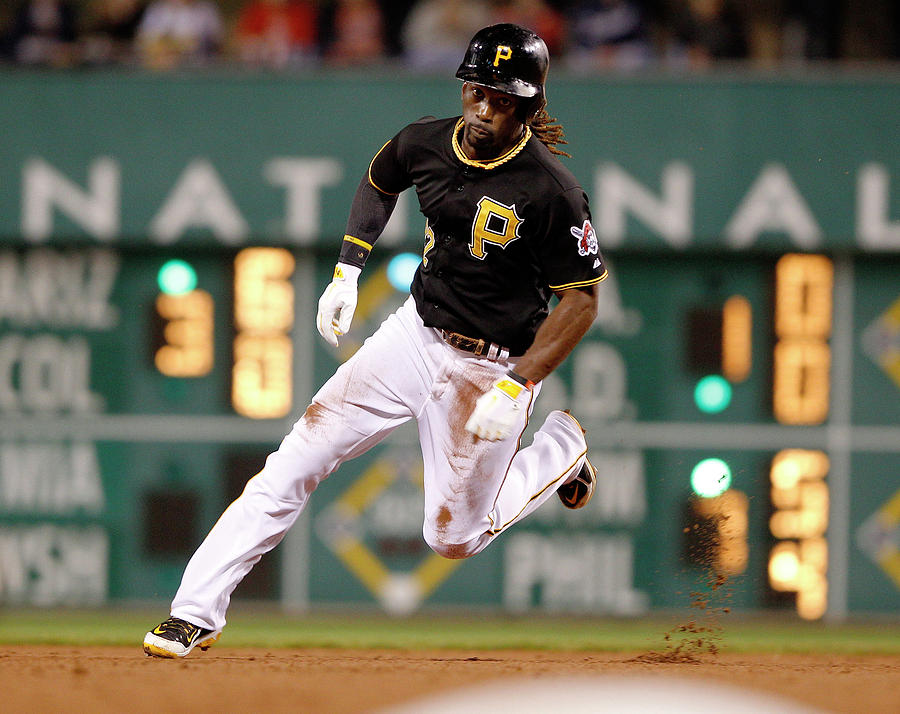 PITTSBURGH, PA - SEPTEMBER 21: Andrew McCutchen #22 of the Pittsburgh Pirates goes from first to third base on a botched pick-off attempt against the Cincinnati Reds during the sixth inning of their game on September 21, 2013 at PNC Park in Pittsburgh Pennsylvania. The Pirates defeated the Reds 4-2. (Photo by David Maxwell/Getty Images)