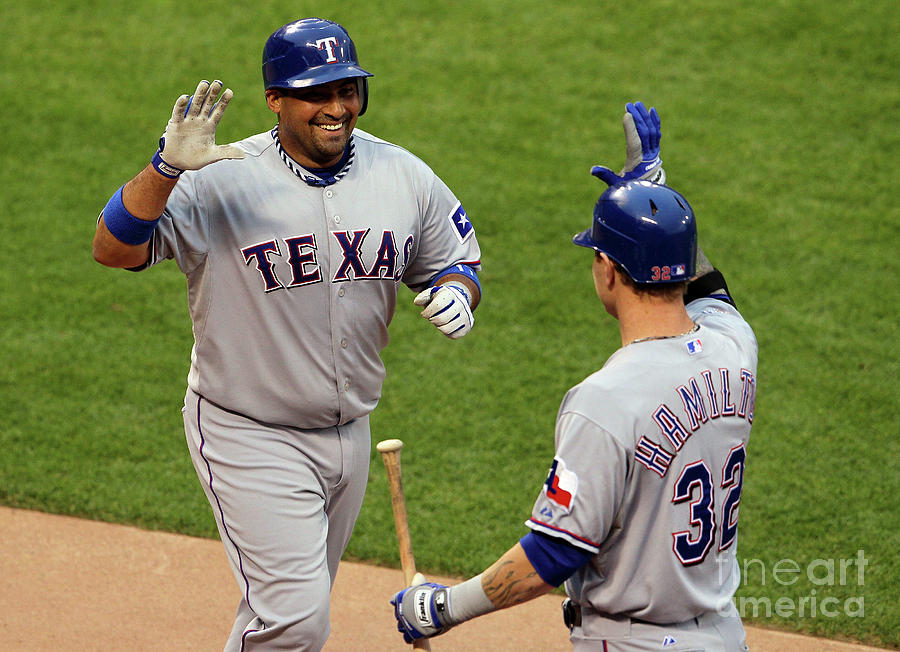 SAN FRANCISCO - OCTOBER 27: Bengie Molina #11 of the Texas Rangers celebrates with Josh Hamilton #32 after scoring in the second inning against the San Francisco Giants in Game One of the 2010 MLB World Series at AT&T Park on October 27, 2010 in San Francisco, California. (Photo by Justin Sullivan/Getty Images)