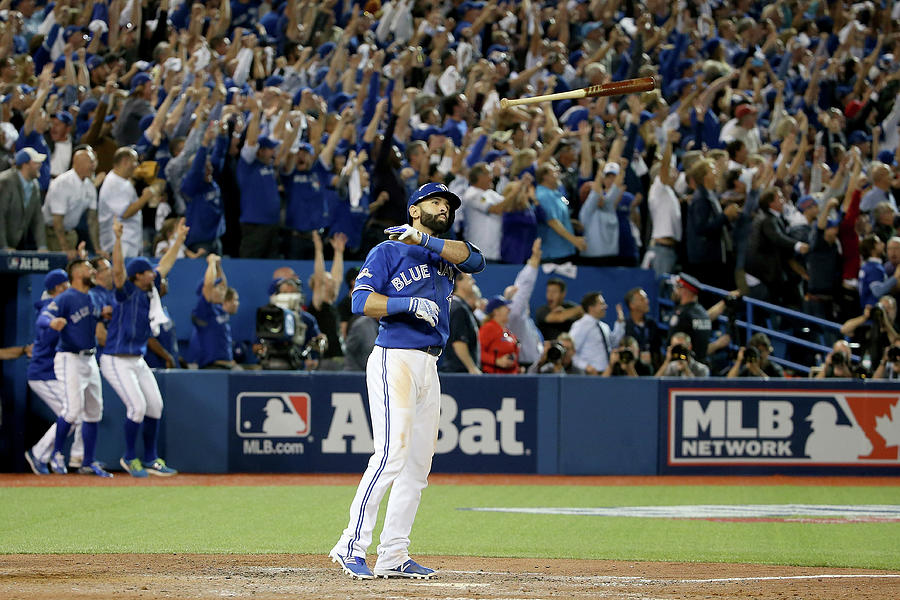 TORONTO, ON - OCTOBER 14: Jose Bautista #19 of the Toronto Blue Jays throws his bat up in the air after he hits a three-run home run in the seventh inning against the Texas Rangers in game five of the American League Division Series at Rogers Centre on October 14, 2015 in Toronto, Canada. (Photo by Tom Szczerbowski/Getty Images)