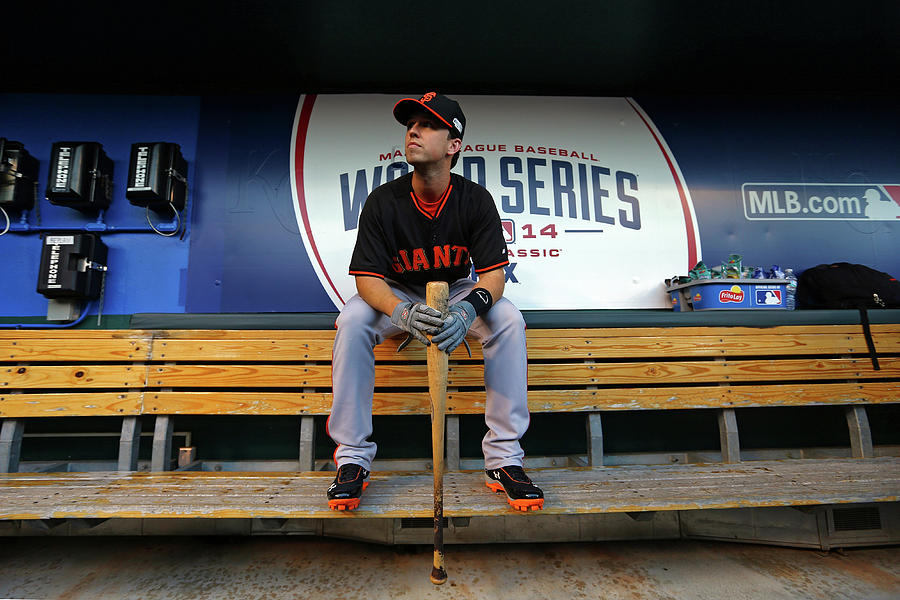 KANSAS CITY, MO - OCTOBER 22: Buster Posey #28 of the San Francisco Giants sits in the dugout during batting practice prior to Game Two of the 2014 World Series against the Kansas City Royals at Kauffman Stadium on October 22, 2014 in Kansas City, Missouri. (Photo by Dilip Vishwanat/Getty Images)