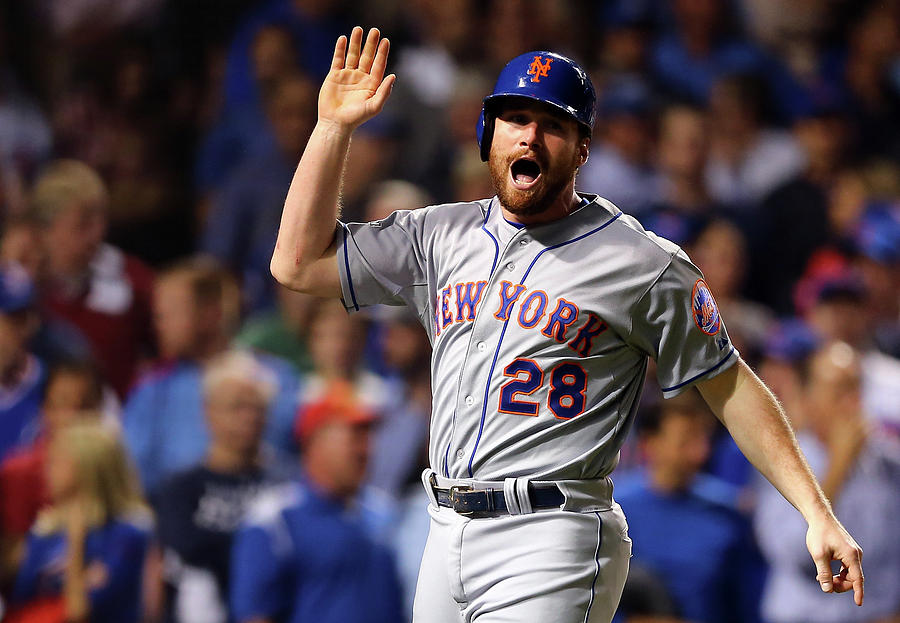 CHICAGO, IL - OCTOBER 21: Daniel Murphy #28 of the New York Mets celebrates after scoring off of a double hit by Lucas Duda #21 of the New York Mets in the second inning against Travis Wood #37 of the Chicago Cubs during game four of the 2015 MLB National League Championship Series at Wrigley Field on October 21, 2015 in Chicago, Illinois. (Photo by Elsa/Getty Images)