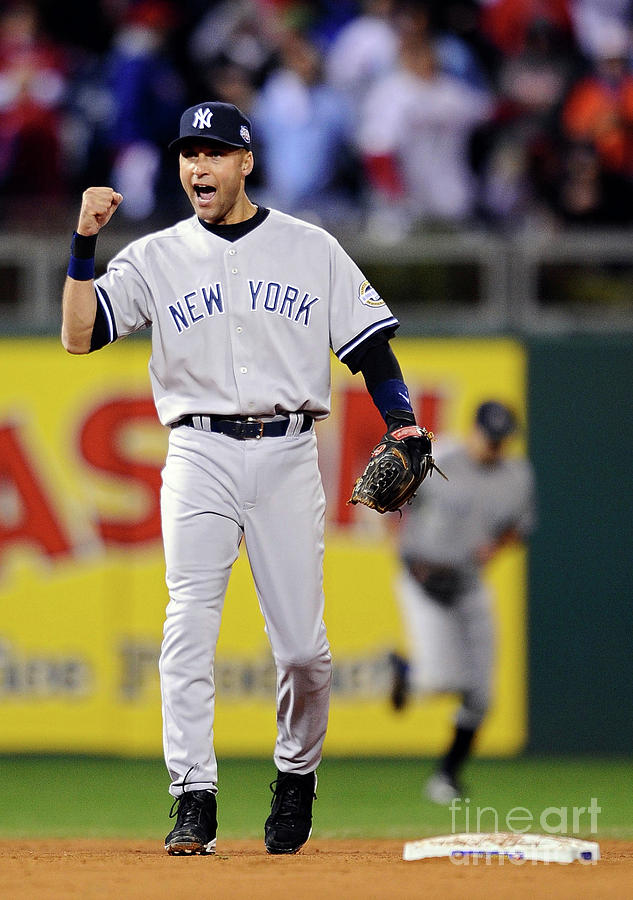 PHILADELPHIA - NOVEMBER 01: Derek Jeter #2 of the New York Yankees celebrates after the final out of their 7-4 win against the Philadelphia Phillies in Game Four of the 2009 MLB World Series at Citizens Bank Park on November 1, 2009 in Philadelphia, Pennsylvania. (Photo by Jeff Zelevansky/Getty Images)