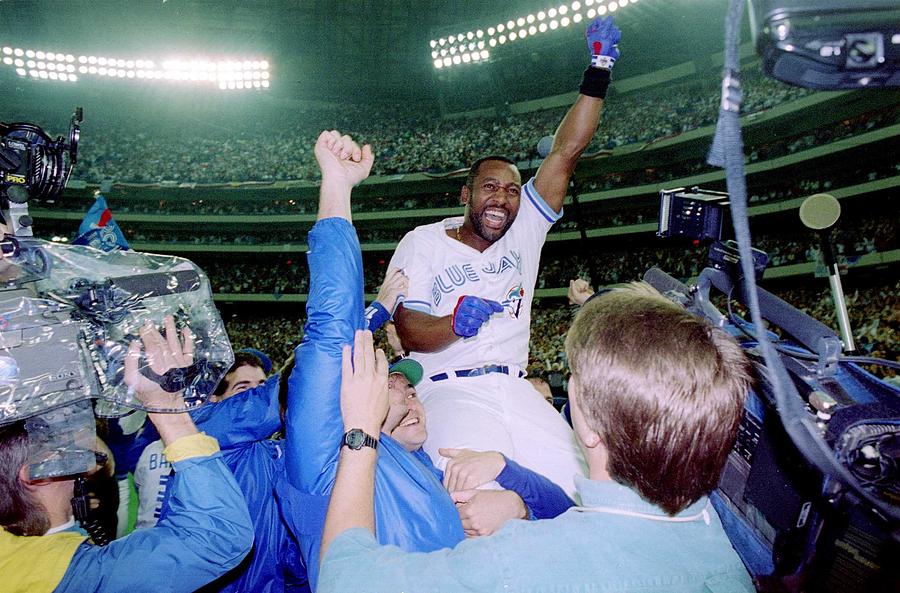 TORONTO, ON - OCTOBER 23: Joe Carter #29 of the Toronto Blue Jays is held aloft after hitting a three-run homer in the bottom of the ninth to win the World Series, four games to two, against the Philadelphia Phillies on October 23, 1993 at the Toronto Skydome in Toronto, Ontario, Canada. (Photo by Rick Stewart/Getty Images)