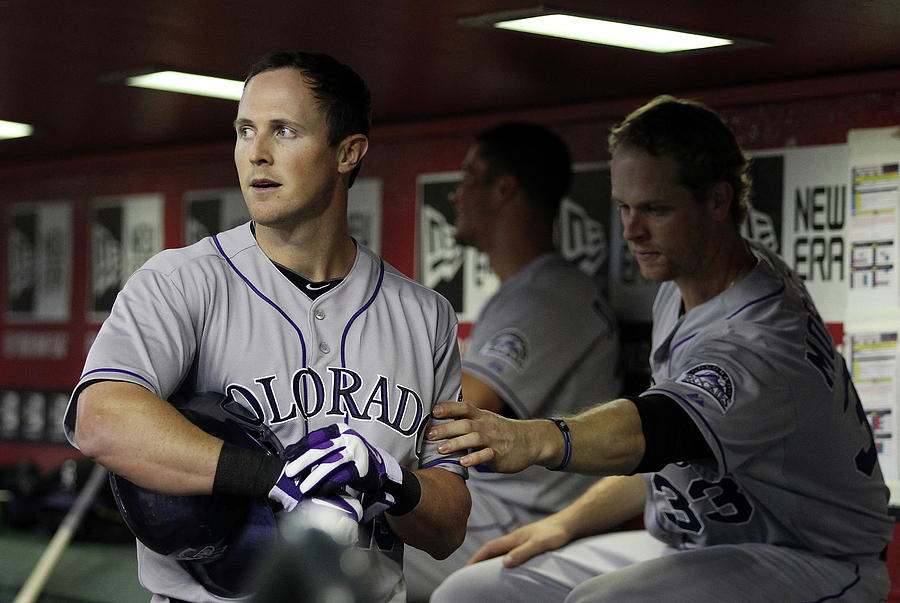 PHOENIX, AZ - APRIL 29: Drew Stubbs #13 of the Colorado Rockies is congratulated in the dugout by Justin Morneau #33 after Stubbs hit a solo home run against the Arizona Diamondbacks during the ninth inning of the MLB game at Chase Field on April 29, 2014 in Phoenix, Arizona. The Rockies defeated the Diamondbacks 5-4. (Photo by Christian Petersen/Getty Images)