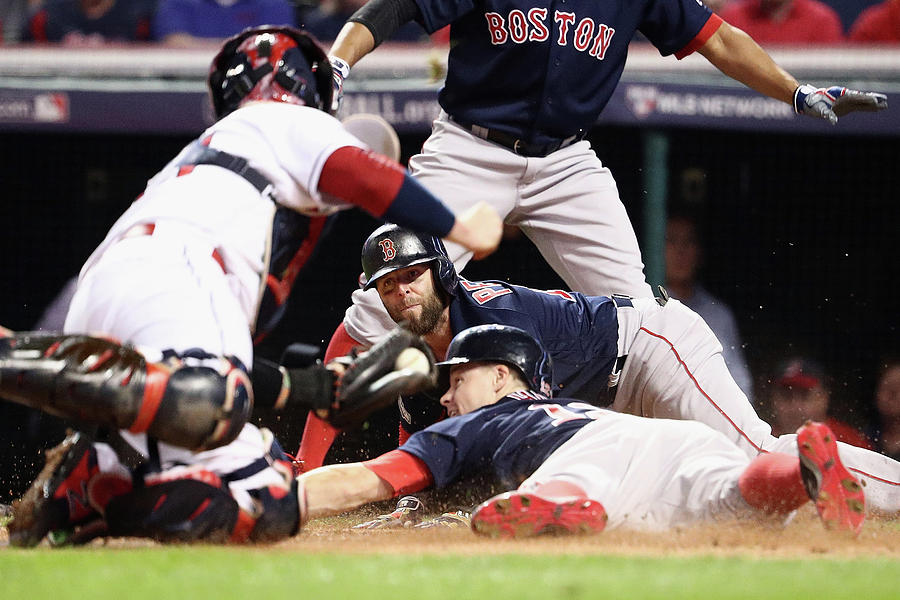 CLEVELAND, OH - OCTOBER 06: Brock Holt #12 of the Boston Red Sox is called out at home plate after Dustin Pedroia #15 scored a run in the first inning against the Cleveland Indians during game one of the American League Divison Series at Progressive Field on October 6, 2016 in Cleveland, Ohio. (Photo by Maddie Meyer/Getty Images)