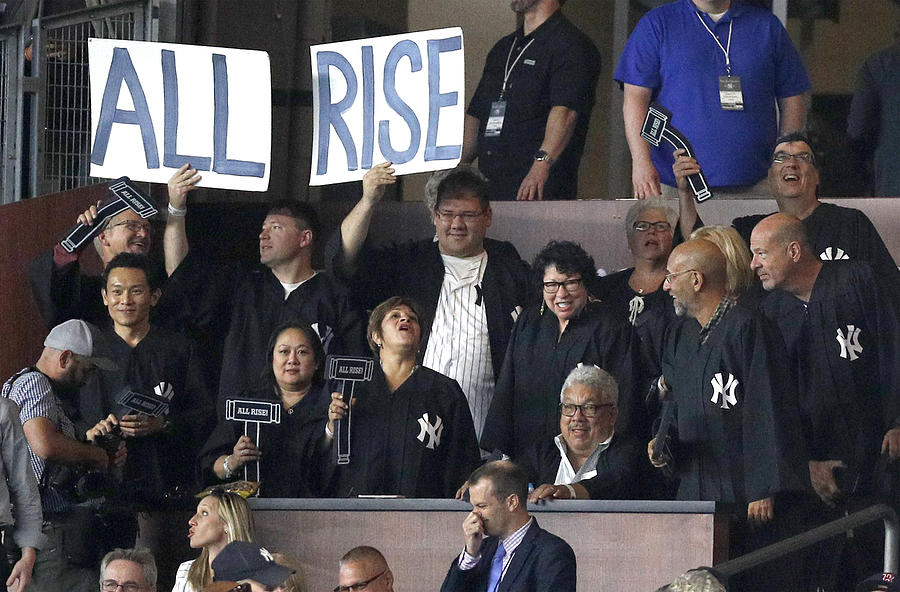 NEW YORK, NY - AUGUST 31: Associate Justice of the Supreme Court of the United States, Sonia Sotomayor (dark hair with glasses) stands in "The Judge's Chambers" when Aaron Judge of the New York Yankees gets up to bat in an MLB baseball game between the Yankees and Boston Red Sox on August 31, 2017 at Yankee Stadium in the Bronx borough of New York City. Yankees won 6-2. (Photo by Paul Bereswill/Getty Images)