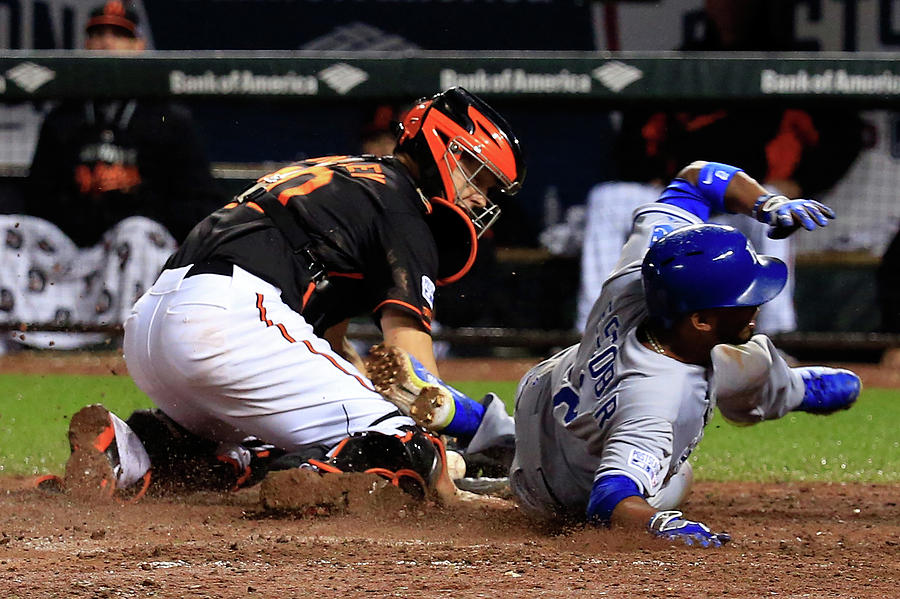 BALTIMORE, MD - OCTOBER 10: Alcides Escobar #2 gets tagged out by Nick Hundley #40 of the Baltimore Orioles on a grounded ball hit by Eric Hosmer #35 of the Kansas City Royals to first base in the ninth inning during Game One of the American League Championship Series at Oriole Park at Camden Yards on October 10, 2014 in Baltimore, Maryland. (Photo by Rob Carr/Getty Images)