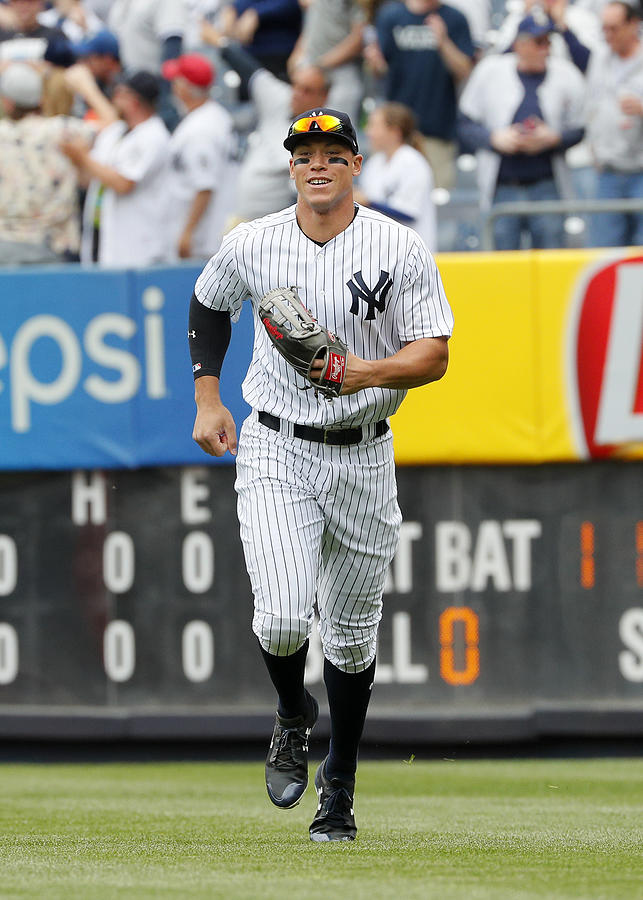 NEW YORK, NY - APRIL 30: Aaron Judge #99 of the New York Yankees smiles as he runs back to the dugout after making a leaping catch at the outfield wall on a ball hit by Manny Machado to end the first inning during an MLB baseball game against the Baltimore Orioles on April 30, 2017 at Yankee Stadium in the Bronx borough of New York City. Baltimore won 7-4. (Photo by Paul Bereswill/Getty Images)