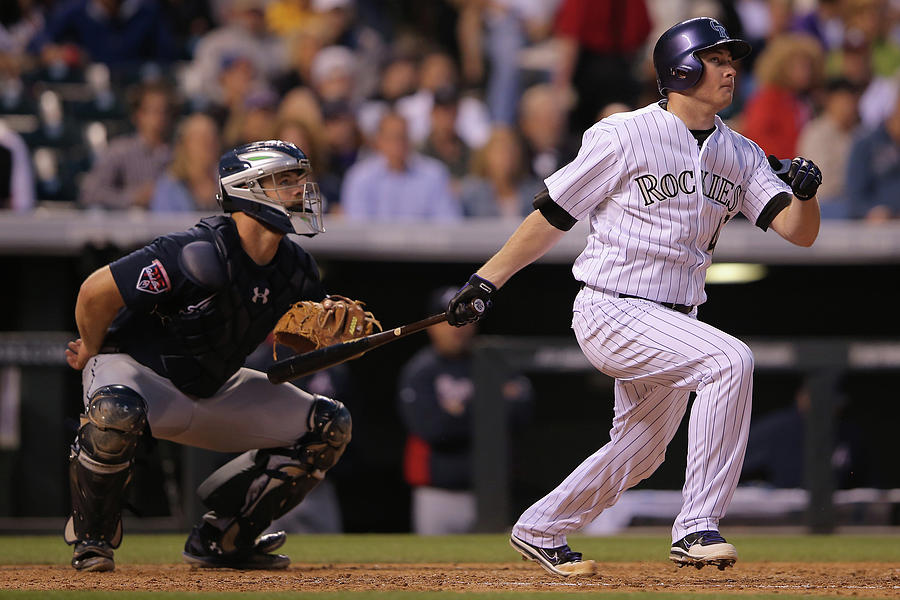 DENVER, CO - JUNE 11: Starting pitcher Tyler Matzek #46 of the Colorado Rockies takes an at bat as he makes his Major League debut as catcher Evan Gattis #24 of the Atlanta Braves backs up the plate at Coors Field on June 11, 2014 in Denver, Colorado. Matzek gave up two runs on five hits, singled and scored a run as he earned the win in his Major League debut as the Rockies defeated the Braves 8-2. (Photo by Doug Pensinger/Getty Images)