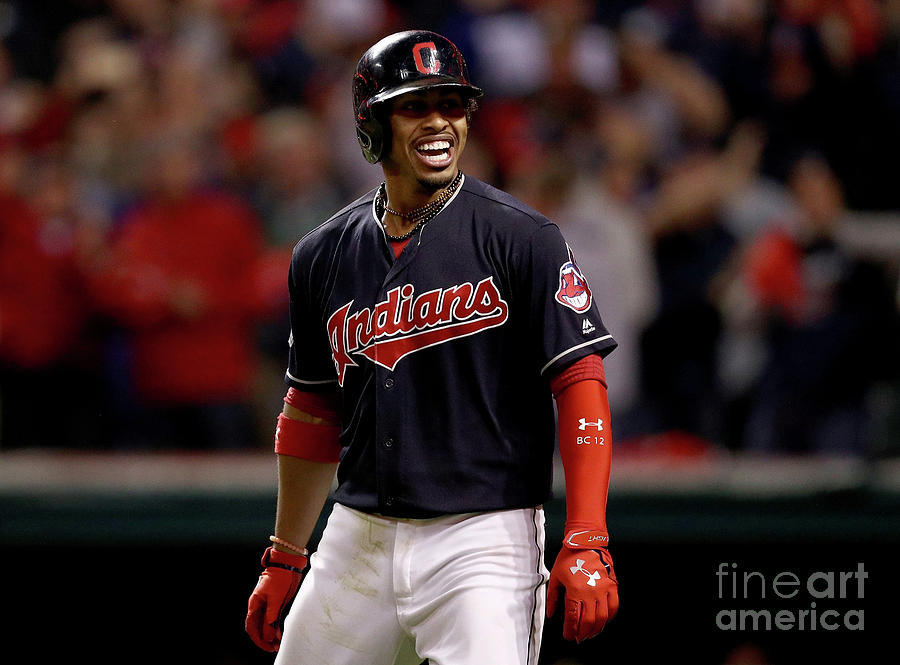 CLEVELAND, OH - OCTOBER 14: Francisco Lindor #12 of the Cleveland Indians celebrates after hitting a two run home run to right field against Marco Estrada #25 of the Toronto Blue Jays in the sixth inning during game one of the American League Championship Series at Progressive Field on October 14, 2016 in Cleveland, Ohio. (Photo by Maddie Meyer/Getty Images)