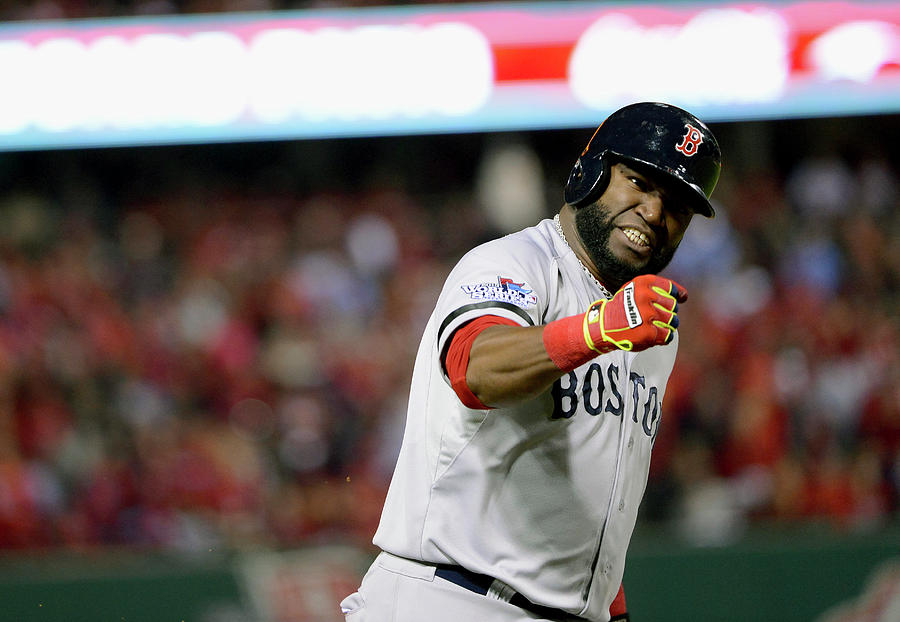 ST. LOUIS, MO - OCTOBER 27: David Ortiz #34 of the Boston Red Sox celebrates as he rounds third on Jonny Gomes #51 of the Boston Red Sox three run home run in the top of the top of the sixth inning during Game 4 of the 2013 World Series against the St. Louis Cardinals at Busch Stadium on Sunday, October 27, 2013 in St. Louis, Missouri. (Photo by Ron Vesely/MLB Photos via Getty Images)