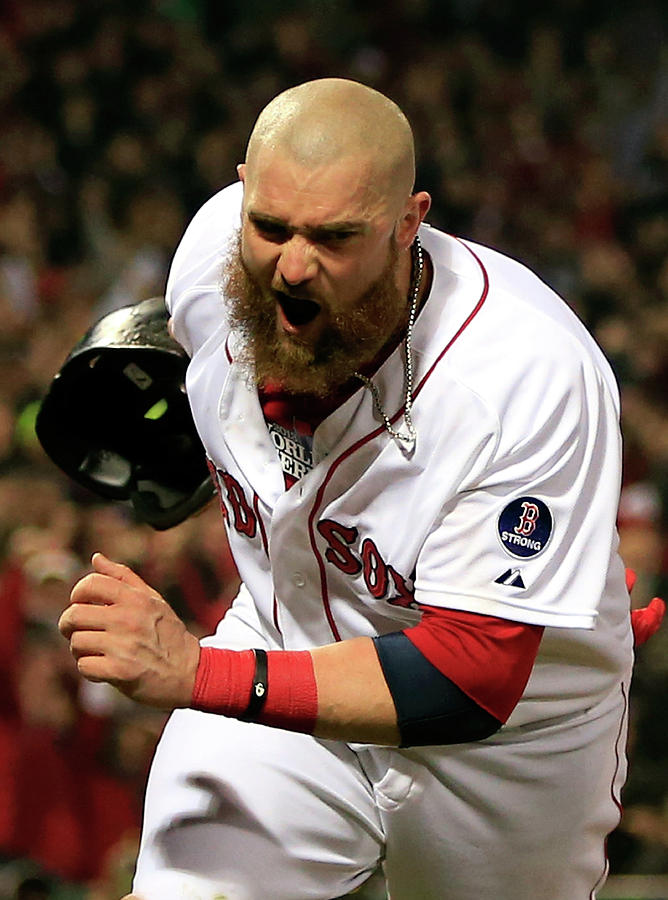 BOSTON, MA - OCTOBER 30: Jonny Gomes #5 of the Boston Red Sox celebrates after scoring in the third inning on a hit by Shane Victorino #18 against the St. Louis Cardinals during Game Six of the 2013 World Series at Fenway Park on October 30, 2013 in Boston, Massachusetts. (Photo by Jamie Squire/Getty Images)